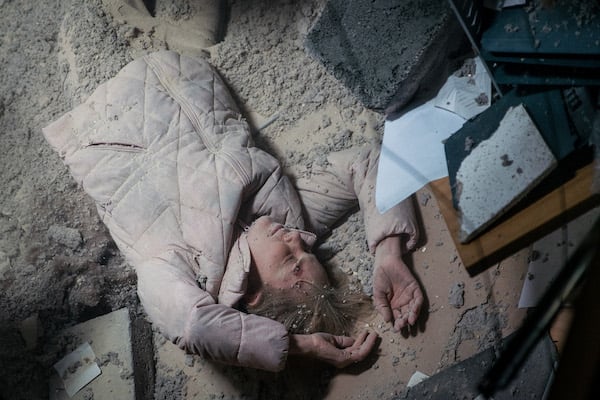 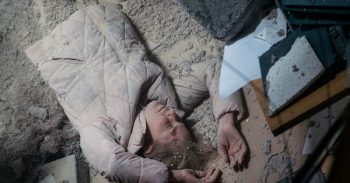 Who has got blood on their hands?

Tragedy hits Coronation Street next week when someone dramatically dies in the factory roof collapse. But who won’t make it out of the wreckage alive?

Life will never be the same again for one family as the much-anticipated factory roof collapse drama hits Weatherfield next week.

After finding out Carla’s plans to make cuts at the factory, Underworld staff are worried for their jobs and decide to stage a protest.

Breaking into the factory, the workers storm the building, with Sally and Gina even climbing up the scaffolding to the roof so that they can hang homemade banners.

But as the siblings fight after months of tension between them, their argument is stopped in its tracks when the factory roof suddenly collapses, taking Sally down with it.

Before the emergency services can even arrive, Tim and Abi race into the building to start helping those trapped.

But just as they get inside, the second bit of roof caves in, raining down on those still inside the building.

With metal and rubble everywhere, it is no wonder a lot of those inside are in a bad way.

But soon the news that everyone had been dreading arrives… someone has been found dead in the wreckage. But who?

As the news spreads that someone has met an untimely end in the disaster, life will never be the same on Coronation Street, and Carla is devastated that she knew the roof needed fixing and she did nothing about it.

But is Carla the one with blood on her hands, or is this the work of someone else entirely?

Robert had made no secret of the fact he wants revenge on Carla after he feels she interfered in his relationship with Michelle, but he’s by no means the only one with a vendetta against the Underworld boss.

Peter also could be to blame after his recent conflict with Carla, and her business partner, Nick, has also revealed that he would be better off if the factory burned to the ground.

Could he have caused the roof to collapse as part of an insurance scam?

But Gary was the one responsible for the roof repairs. Has his cost-cutting to make money caused someone to die?

Or could it be Seb? He wants to make Gary suffer, could he have framed his boos for negligence?

Or is someone else entirely to blame? Whoever is responsible certainly has some explaining to do.

Who do you think is to blame? Leave us a comment on our Facebook page @EntertainmentDailyFix and let us know what you think!