ITV has hinted Weatherfield's Gemma Winter could soon find herself in the family way.

Corrie pictures released on the broadcaster's website seem to suggest the takeaway assistant may turn out to be pregnant just as her relationship with Chesney Brown looks to be petering out.

Sensible Ches has become increasingly narked at likeable loudmouth Gemma’s irresponsible streak over the past few weeks, with her messiness and occasional sweary faux pas in front of his son Joseph starting to become a problem.

But Gemma and Ches may be forced to buckle down and work out whether they can survive as a couple if it turns out she is indeed expecting. 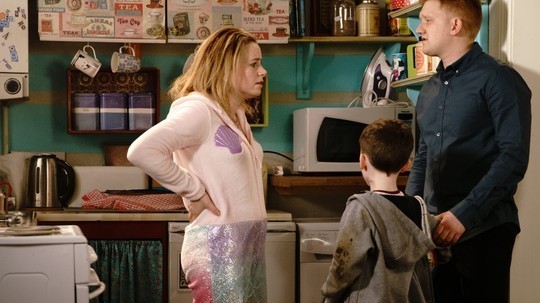 Things haven't been great between Gemma and Chesney (Credit: ITV.com)

Read more: Stacey Solomon declares her love for her stretch marks and shows off her baby bump in a bikini

Future episodes are expected to show Gemma contemplating whether she has a future with Ches just before suspicions emerge about her condition.

However, an ITV preview teases any potential conclusions may be rendered irrelevant before they’ve had chance to take form in Gem’s mind.

Noting Chesney is disappointed when a hungover Gemma says she is too ill to attend Bertie’s Christening in scenes set to air next week, her attempts to make up for her absence also go awry.

She cooks a fish pie for them to share for supper but after dropping off the grub ends up thoroughly burned. 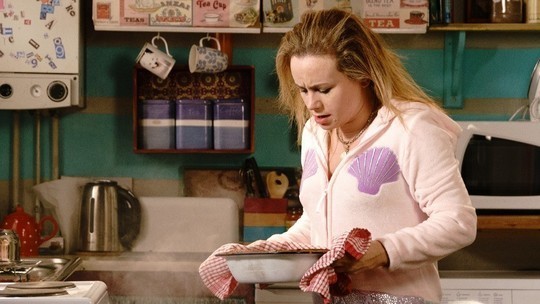 Fish pie? No thanks (Credit: ITV.com)

But Rita Tanner has another idea about what Gemma may be suffering from when the ‘hangover’ fails to shift.

Corrie veteran Rita wonders whether Gem might need to make use of a pregnancy test - but before she manages to take one Gemma is hit by another health wobble.

After Chesney finds her feeling faint, he insists Gemma goes to the medical centre. Could they receive some huge news following her consultation?

And it really could be huge news - The Sun claimed earlier this year the pair could become parents to QUADRUPLETS. 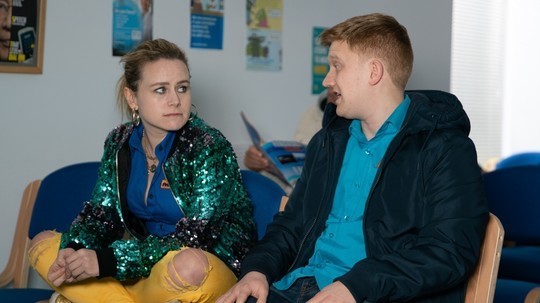