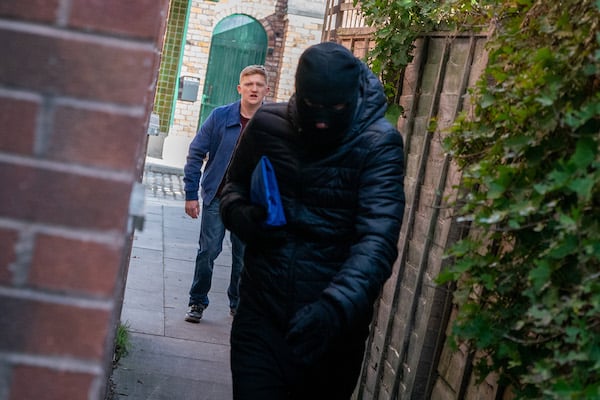 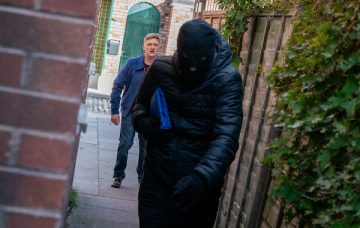 Will their plan help Sinead get the specialist care she needs?

Sinead Tinker’s nearest and dearest are crushed when they find out that her cancer has spread following her refusal to have chemo to protect her unborn baby – and it isn’t long before Beth and Chesney are hatching a bonkers plan to help her.

Knowing that Sinead is going to need some first class care if she has any chance of fighting her cancer head on, Beth desperately researches specialist cancer clinics in Germany – only to discover the treatment would cost thousands.

But when Beth sees boss Carla Connor putting a wad of cash into the safe at work, Beth has a lightbulb moment and hatches a plan.

But instead of putting her own job on the line, Beth ropes Chesney into her scheme and tells him they should steal the takings from Dev, pretending that he was mugged.

Ches isn’t convinced about stealing from Dev, until he has an upsetting run in with Sinead.

Chesney agrees to go along with Beth’s mad plan after seeing how upset Sinead is after her fellow cancer suffer friend Steff dies.

Knowing this could just as easily have been Sinead who met an untimely end makes Chesney more determined than ever to help his ex out in her moment of need.

Beth then ropes Kirk into the plan, getting him to be the one who has to pretend to mug Chesney – balaclava and all!

You’d think that roping hapless Kirk into any sort of plan like this would set alarm bells ringing for Chesney, but he happily goes along with her idea. What could possibly go wrong?

As Chesney collects the takings from the shop, Kirk is poised to mug him – and as he snatches the bag, Kirk runs off with Chesney hot on his trail.

Of course the whole thing is for show – but will they get away with it?

Sinead is speechless when Beth and Ches present her with the cash for her specialist treatment – but it doesn’t take her long to work out where the money came from.

After hearing from Dev and Cathy that Chesney was mugged, and then later spotting a balaclava on the table at Beth’s, she puts two and two together and realises she needs to return the money before anyone gets in trouble.

Claiming that she found the cash by the bins, Sinead gives Dev his takings back. But that’s not the end of the drama because Dev checks his CCTV and discovers Sinead’s not been anywhere near the bins.

But will he work out why she’s lying?

With Dev threatening to go to the police, Chesney eventually takes the rap and confesses to a shocked Dev and Cathy that he came up with the plan to fake his mugging so that he could help Sinead.

But will Dev see that Ches was just desperately trying to help friend? Or is Chesney about to find himself out of a job just before Christmas?

Do you think Chesney deserves to get the sack? Leave us a comment on our Facebook page @EntertainmentDailyFix and let us know what you think!