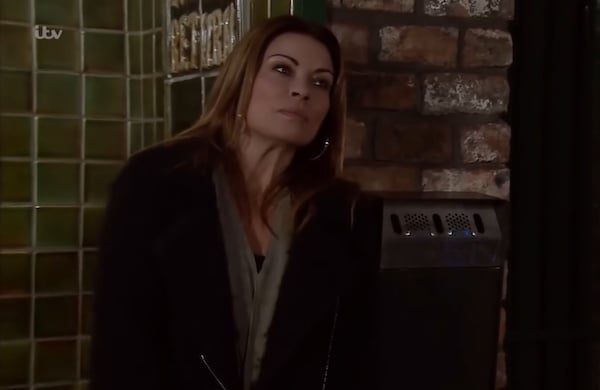 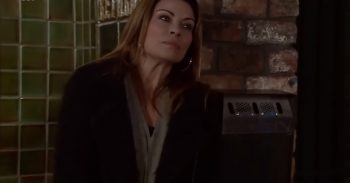 Coronation Street’s Carla Connor finds herself in big trouble next week as her world starts to unravel following the factory fire… but what secret has she been hiding?

As the roof of Underworld caves in a collapses next week, it takes with it Carla’s life as she knows it.

Not only is she left with a business in financial ruin, she is also left with blood on her hands when someone dies in the tragedy. But that’s not all she will have playing on her mind.

As her friends and neighbours fight to save the survivors from the factory wreckage, Carla is speechless as she watches her livelihood go down the drain.

With all her staff trapped inside the deadly building after they broke in to stage a protest over Carla’s cost cutting, the Underworld boss is left with the guilt of what has happened laying heavily on her shoulders.

Before the emergency services can arrive, Tim, Abi and Tyrone head into the wreckage to get their loved ones out.

But as the injured are pulled from the rubble, the news that everyone has been dreading is delivered… someone has tragically died.

Carla is devastated that her factory is the reason someone has lost their life, but little does everyone know that she is sitting on a huge secret… and it is not one that she’s not going to be able to hide for much longer.

As she stands outside the ruins of Underworld, Carla is consumed with guilt, knowing that she has been putting off fixing the building’s dodgy roof for weeks.

Thanks to her financial problems, Carla has spent the last few months cost cutting… but is it her money problems that have cost someone their life?

As she confesses her secret that she knew the roof was unsafe but chose to ignore it, Carla will soon finds herself public enemy number one… but is she really the one with blood on her hands?

Not only is she in the frame, but so is Peter, following their argument the previous week over the factory’s financial problems.

Her business partner Nick has also made no secret that he would be better off if the factory went up in smoke, and everyone knows that Robert has been holding a grudge against Carla ever since the breakdown of his relationship with Michelle.

Or could it be Gary and his cost-cutting to make money that has caused the accident? Or perhaps Seb… a man with a revenge plan in mind for Gary.

Could he have caused the tragedy and framed Gary?

Only time will tell who is to blame… as everyone knows, nothing stays secret for long in Weatherfield!

Who do you think caused the roof to collapse? Leave us a comment on our Facebook page @EntertainmentDailyFix and let us know what you think!