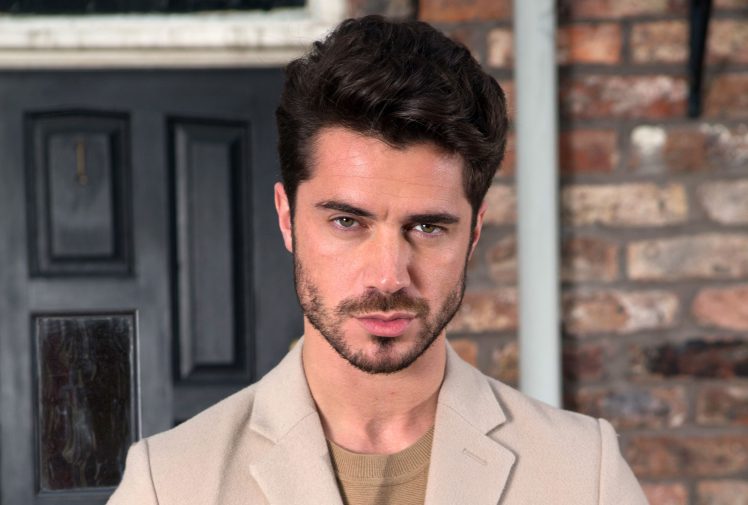 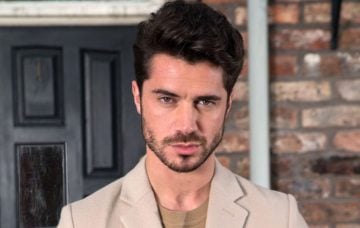 Adam Barlow is in serious danger of getting his beautifully coiffured hair messed up in new episodes of Coronation Street.

The ITV soap has revealed that the smouldering solicitor becomes embroiled in his cousin’s gang ordeal – and it’s a dangerous path for the Scotsman, played by Sam Robertson.

Recent episodes have seen teenager Simon Barlow being threatened and intimidated by the gang he used to be a part of.

It’s the price he’s destined to pay after turning against the gang’s leader Tyler Jefferies – a bona fide thug and bully.

In shocking scenes aired on Wednesday (29 August), Simon was nearly bundled into a car and kidnapped. But, luckily Kate Connor bravely intervened…

The gang even targeted Ken Barlow’s poor innocent pooch Eccles, by feeding him a poisoned sausage sandwich and leaving him for dead.

In this Friday’s double bill (31 August), unhinged Tyler brings a gun to the cobbles in his scariest move yet.

We know that Simon’s family are all under threat, including his dad Peter…

In a sneaky preview on the ITV website, it’s written: “Ahead of Simon’s sentencing, Ken and Simon return from Cornwall. Simon’s mood quickly darkens when he receives threatening text messages welcoming him home.

“But as Peter and Carla arrive back at the factory, they are met with a car approaching them at gunpoint. Will they be okay?”

Spoilers for next week, however, have offered some hope that vile villain Tyler could be stopped in his tracks – and it’s thanks to Adam.

As Simon goes ahead with his plan to testify against Tyler in court, the outcome isn’t what the Barlow’s were hoping for.

But when Tyler brags about ‘getting away with it’ in some new social media posts, Adam immediately realises the stupid criminal could have just landed himself in hot water…

Will Adam be able to help Simon bring Tyler to justice? And what will the consequences be for Adam if he gets involved?

One thing we DO know is that Corrie have cast Come Home star Kerri Quinn to play Tyler’s mum later this year.

Do you think Adam is putting himself in danger? Leave us a comment onour Facebook page @EntertainmentDailyFix and let us know what you think!