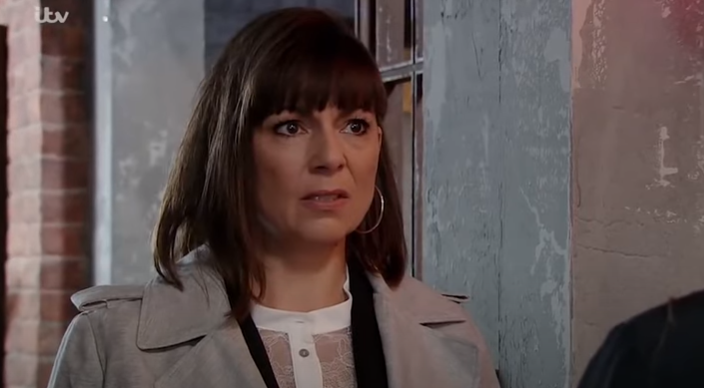 Blink and you would have missed her!

Viewers were introduced to Paula back in 2018 as Sally’s solicitor friend.

After her introduction, she made several appearances on the show as she began to date Sophie Webster. However, since February of this year, she hasn’t made any appearances.

Read More: Coronation Street fans furious as episode finishes just as Yasmeen is about to reveal her plea

But in last night’s visit to Weatherfield, Paula could briefly be spotted in court scenes.

As Yasmeen stood in court for her plea hearing, just below her, Paula could be spied.

A few eagle-eyed viewers also noticed that she had returned.

Ok have I missed something… is Paula yasmeen’s lawyer/barrister or is she Geoff? #Corrie #paula #Yasmeen #Geoff

She must be helping Imran, or maybe just working in the courts. Geoff hasn't been arrested or anything like that so can't be that. JMO of course 😊

Coronation Street: Why has Paula not made so many appearances?

Earlier this year, it was reported that Paula actress Stirling Gallacher had left Coronation Street after landing a role in the BBC medical drama Casualty.

However it looks like she will still be making the odd appearance for court cases.

Paula’s past on the cobbles

Whilst she was originally introduced as Sally’s friend, she began dating Sally’s daughter Sophie.

Their relationship didn’t sit well at first with Sally, or Sophie’s dad Kevin, however they eventually accepted them as a couple.

During her time on the cobbles, she played a crucial role in Sally’s storyline, where she was framed for fraud.

But last year, when Paula could see how much Sophie wanted to go travelling, she encouraged her to go and the pair mutually split up.

Although she stuck around for a while, and even had a one-night-stand with Tracy McDonald, Paula stopped making appearances.

Will we see more of Paula?

While the soap haven’t said if Paula will be coming back on a more regular basis, we can expect to see her in Friday’s episode (June 10) where Yasmeen’s plea hearing continues.

As spoilers have revealed Yasmeen’s pleads not guilty, we will most likely see the case go to trial. Could Paula make another appearance?

Did you spot Paula in the court scenes? Leave us a comment on our Facebook page @EntertainmentDailyFix and let us know what you think!