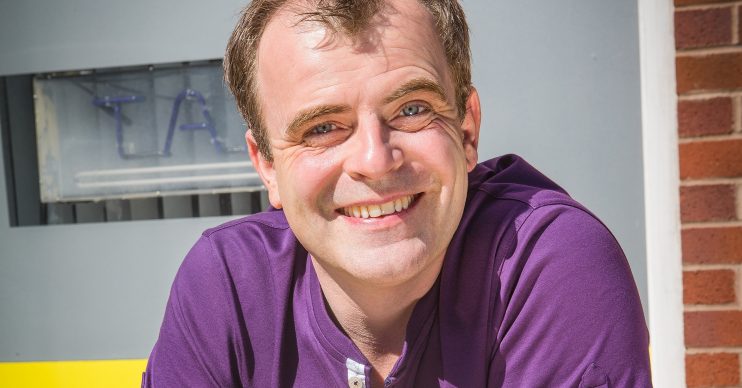 The Steve McDonald actor took part in the Corrie singalong with Matt Lucas for his Baked Potato song where he revealed his new look.

What a treat! I’m chuffed to bits! Thank you so much to the wonderful cast of #CoronationStreet @itvcorrie for joining me today in a rendition of #ThankYouBakedPotato!!! And you can download the original here – https://t.co/yZo3HSuiIs – all proceeds go to #FeedNHS pic.twitter.com/4v0Q5mHZin

He had shaved his hair completely off and looks completely transformed from his usual Steve haircut.

Other members of the Corrie cast have taken full advantage of the downtime on the soap including Eileen Grimshaw actress Sue Cleaver who dyed her hair pink.

As Eileen is locked in the prop cupboard for the foreseeable thought I’d dabble with the hair dye 😂😱😂😱😂😱 pic.twitter.com/lmAqy11itd

Will Corrie go off air?

It is hoped that in doing so the soap will continue to air until it can get back to filming but if production hasn’t resumed by summer it is likely the soap will go off the air.

Andy, 39, who plays Kirk Sutherland, told The Sun: “We worked up until the Friday when Boris closed all the pubs and clubs.

“We had a schedule to work until the following Thursday then on the Sunday we got an email saying they were standing everyone down.

“It was the right thing to do.

“We’ve got until July in the can, so we need to get back mid-June otherwise it’s going to go off air.”

What do you think of Simon’s new look? Leave us a comment on our Facebook page @EntertainmentDailyFix and let us know what you think!