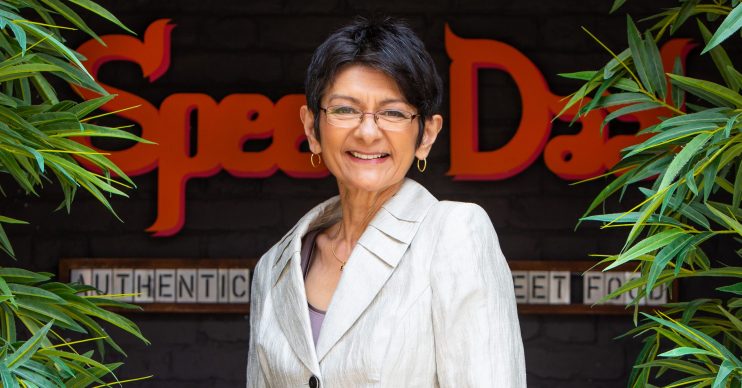 Shelley’s Corrie character Yasmeen is at the centre of a coercive control storyline, which has seen Geoff abuse his wife Yasmeen.

Geoff’s manipulation and possessive behaviour has destroyed Yasmeen’s confidence and left her living in fear.

Shelley hopes the storyline will lead people in abusive relationships to seek help. However she has become concerned that the current pandemic has caused domestic abuse cases to rise.

In an interview with the Metro, she said: “I was really worried about the news articles that domestic abuse cases are rising during the coronavirus lockdown.

“People are locked together – I don’t know quite how to approach that but the National Domestic Abuse helpline is 24 hour resource and can be called on 0808 2000 247.

“I’ve heard many stories since this story started – people have told me about relationships with their own partners, some of which they’re still in.

She added: “I think it is an opening conversation – we get a lot of messages from people.

“And there are various helplines which hopefully help people. Watching Yasmeen’s journey might help people realise they’re not alone.

“They’re not stupid for being trapped in this way – this person is trying to psychologically control and destroy them.”

What will happen next for Yasmeen and Geoff in Coronation Street?

Although Yasmeen believes Geoff’s actions are done out of love, her granddaughter Alya can see what he’s really like.

Soon it looks like Yasmeen will also start to see the truth.

I was really worried about the news articles that domestic abuse cases are rising.

She also discovers he lied about booking them a hotel in Spain for Zeedan’s wedding.

But when she goes to leave so she can attend her grandson’s upcoming nuptials, Geoff stops her from leaving.

Have you been following Yasmeen and Geoff’s storyline? Leave us a comment on our Facebook page @EntertainmentDailyFix and let us know what you think!