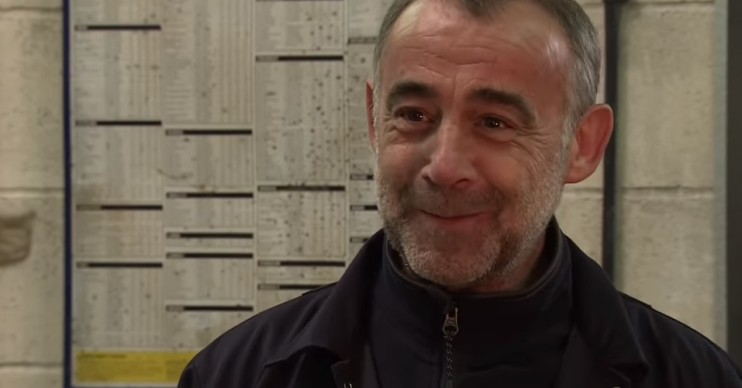 The cast appear to have a good laugh on-set

ITV’s Coronation Street has shared a series of on-set blunders in a hilarious blooper reel video.

We're not updating our website over the weekend, as we do some maintenance, but to make it up to you here's a BRAND NEW Blooper Reel! 😂😅😀

And, if this puts a smile on your face, tap for #TeamCorrie

In the video, we see Chris Gascoyne, who plays Peter Barlow, sneeze over Daniel Osbourne’s glass in a serious scene, and both of them, along with Sam Robertson, who plays Adam Barlow, burst into giggles.

Viewers also see Michael Le Vell, who plays Kevin Webster, get confused over being asked to mime his lines.

Alan Halsall and Jennie McAlpine, who play Tyrone Dobbs and Fiz Stape, couldn’t keep the laughter in when Maureen Lipman ad-libbed some dialogue.

Fans loved the video and begged for more.

One wrote: “Brilliant, more please… maybe a dose of these on the first day of each month, and two custard creams thanks.”

A third said: “I love this. Please can we have more bloopers?”

It’s good to see the cast having a laugh as their alter egos are currently in stressful situations.

I love this. Please can we have more bloopers?

Fiz and Tyrone have just been investigated by social services after Jade Rowan accused them of abusing their daughter Hope.

Jade, who is Hope’s half-sister, planned to get custody of her little sister, however her plan soon backfired when Hope told social services how she really got her injuries.

Meanwhile, last week Daniel started to worry about Bertie as he fell ill.

In this week’s episodes Daniel calls an ambulance when he finds his son barely conscious in his cot.

He finds out Bertie has measles and blames himself for not taking the infant back to the doctors for the rest of his injections.

Will Bertie be okay?

What did you think of the blooper reel? Leave us a comment on our Facebook page @EntertainmentDailyFix and let us know what you think!