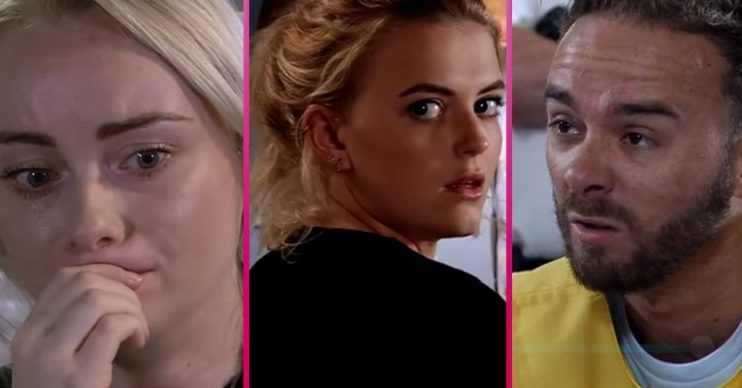 Coronation Street set to air seven episodes in a week

Will this be the week when we say goodbye to Sinead?

Fans of Coronation Street are in for a treat with the soap set to air seven episodes in a week later this month.

The ITV programme aired its final episode for a week last night (October 9 2019), with fans now having to wait until Wednesday (October 16 2019) for the show to return to our screens.

Two England football matches take priority over the next seven days, but on the week commencing Monday October 21 there will be a seven-ep week.

The wait will be a particularly agonising one for cobbles super-fans, because last night’s episode saw Sinead Tinker, played by Katie McGlynn, discover she has just weeks to live following her recent terminal cancer diagnosis, and she broke down in tears about leaving her husband Daniel Osbourne and son Bertie.

On last night’s episode, Sinead said to Daniel: “I’m so sorry I have to leave you and Bertie. There’s no other pain like it.

“The illness, the treatment, nothing brings me more pain than leaving you two.

“But I know he’s going to be alright, because he’s got you.”

But Weatherfield fans will have to wait to see her illness progress until the seven episodes air from Monday October 21, with an extra one on the Thursday (October 24 2019) at 8.30pm.

Will this be the end of Sinead? With only weeks left to live, it’s fair to assume she won’t be on our screens much longer…

Emmerdale will also be making up for a disrupted schedule by airing an hour-long episode on Tuesday October 22nd.

This comes as the Rugby World Cup has led to disrupted schedules for Lorraine, This Morning and Loose Women in recent weeks as ITV aired England, Scotland, Wales and Ireland matches from the tournament in Japan.