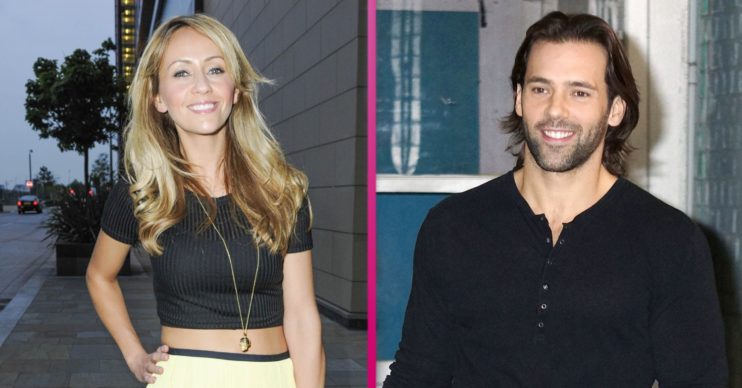 Samia and Sylvain met on Dancing On Ice

Coronation Street actress Samia Longchambon, who plays Maria Connor in the ITV soap, has posted a tribute to her husband Sylvain on their fourth wedding anniversary.

She captioned the post: “Happy anniversary to us @slongchambon. Four years deep and loving married life with you more than ever…”

Her followers commented on the pictures congratulating them.

One wrote: “Happy anniversary. Hope you have the best day and celebrate as much as you can!”

A second commented: “Happy anniversary to you both.”

Samia competed in the 2013 series of Dancing On Ice, where she was partnered with professional Sylvain Longchambon.

The two began a relationship and in 2015, she gave birth to their son Yves.

Samia and Sylvain went on to get married in August 2016.

As well as Yves, Samia also has a daughter called Freya from her previous marriage to property developer Matt Smith.

While Samia is celebrating her wedding anniversary, her alter ego Maria got married to Gary Windass this week.

Although their wedding seemed to go smoothly, viewers know Gary still has feelings for his ex-girlfriend Sarah.

But while Sarah’s relationship with her husband Adam is crumbling, due to her protecting Gary, Maria has no idea what’s been going on.

Currently Gary and Maria are on their honeymoon. Meanwhile Adam has been trying to convince Sarah to go to the police about Gary killing Rick.

Will Sarah ever tell the truth?

Do you think Maria made a mistake marrying Gary? Leave us a comment on our Facebook page @EntertainmentDailyFix and let us know what you think of this story.