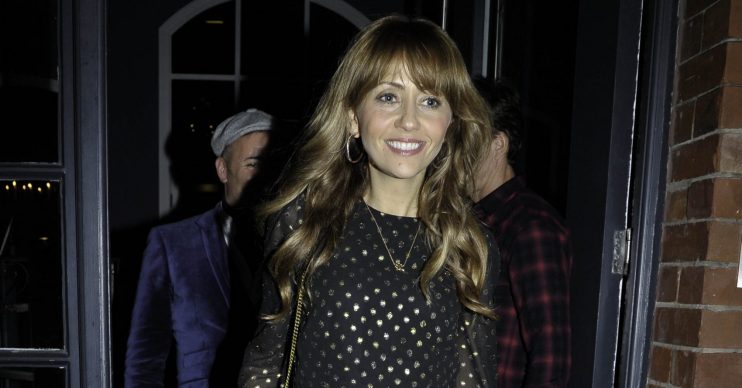 The Maria Connor actress has a daughter and a son

Coronation Street’s Samia Lonchambon, has revealed she is homeschooling her two children after her daughter Freya came down with a cough.

Samia, who plays Maria Connor on Coronation Street, posted a video to her Instagram story explaining why she’s made the decision to homeschool 10-year-old Freya and son Yves, four.

She said: “Hi, I just thought I’d do a little video because as of yesterday I’m at home with my kids because my daughter started with a bit of a cough and a sore throat, so we thought we’d be extra careful and just keep her and my son off school. So obviously I’m staying off with them.

“I don’t think she’s got coronavirus but we’re just being extra careful. She’s not got a temperature and she’s still got lots of energy.

“But yeah, I thought I’d do a video because I’ve started today, doing a little bit of homeschooling with them to keep a little bit of a routine and stop them watching telly all day. And I found a really nice website called Adapted Mind and they’ve been doing maths and science and English and so far it’s stopping them being bored.”

Samia then explained that her video got cut off before continuing. She added: “But yeah, so far Adapted Minds is stopping my kids being bored, it’s stopping them watching telly all day and I just thought I’d share it in case there’s any other parents out there with kids that are bored at home.

“And also just to say, stay safe everyone and fingers crossed this horrible virus passes soon and we can all go back to normal.”

Yesterday (Wednesday, March 18) it was announced all schools in the UK would be shut until further notice after Friday afternoon (March 20) due to the ongoing coronavirus pandemic.

Speaking in the House of Commons yesterday, Education Secretary Gavin Williamson confirmed the move, which he said is an essential step in the UK’s fight against COVID-19.

He said: “It’s clear that schools are increasingly finding it more difficult to continue as normal… I want to provide parents, students and staff with the certainty that they need.

Meanwhile Coronation Street and Emmerdale confirmed they are continuing production, however soap episodes would be cut down each week as of March 30.

At the time of writing, there are 2626 cases of coronavirus in the UK and 104 people have died from the virus.

Will you be homeschooling your children? Leave us a comment on our Facebook page @EntertainmentDailyFix and join the conversation.