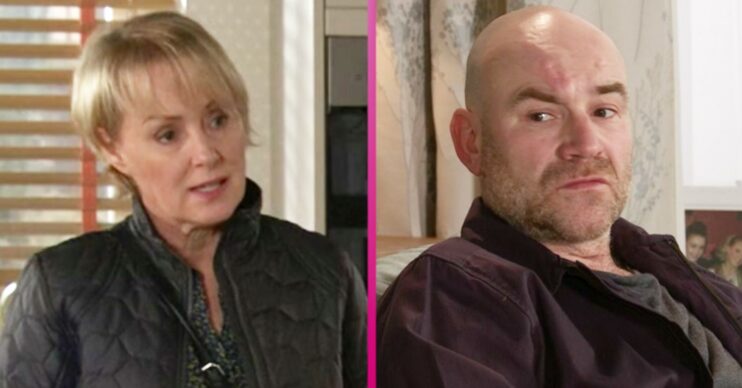 Taxi driver Tim is suffering from impotence after his heart attack recovery.

But despite spending most of last year hiding his health woes from wife Sally, he’s doing the same again.

He is lying to her about visiting the doctor, and insisting nothing is wrong.

And viewers have had enough.

A second said: “The sooner Tim and Sally [expletive] and we can be done with this storyline the better and I never thought I’d pray to Thor for that.”

A third said: “Tim and Sally are going round in circles again.”

Next week, there is another setback for Tim and Sally.

Viewers will see Tim win a romantic night at Debbie’s hotel for him and Sally – and he decides to take a shocking risk.

Despite his heart problems – Tim decides to buy some dodgy pills online to help with his impotence.

Actor Joe Duttine explained: “Apart from the obvious, Tim feels like going to the doctor and being prescribed viagra is far too embarrassing and humiliating for him.

“Sally and Tim are very sexually active so he feels a certain pressure from the relationship but he feels like he can deal with this problem on his own.

“Tim hovers over the caption that warns about heart conditions so he is aware of the dangers but skips over it.”

And when he gets to the hotel and knocks them back, it has disastrous consequences.

Instead of sleeping with his wife, Tim collapses in agony convinced he is having a heart attack.

But will it be enough for Tim to open up to Sally and visit his doctor finally?