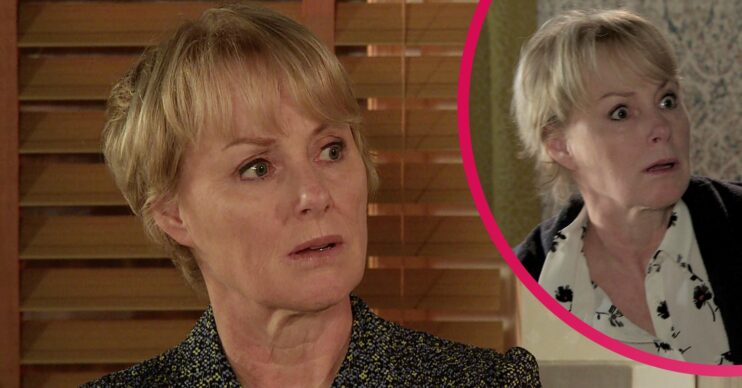 Sally first joined the soap in 1986

Coronation Street star Sally Dynevor has hinted she could quit the soap saying she ‘doesn’t want to say she’ll be there forever.’

Sally has played Sally Metcalfe in Corrie since 1986. However the actress has admitted she doesn’t want to commit to staying on the soap forever.

In an interview with Prima Magazine the actress said: “As soon as I don’t enjoy my role anymore, I’ll leave. I’m a firm believer in doing what makes you happy.

“Who knows, I might get killed off – or Steven Spielberg might knock on the door. I don’t want to say I’ll be there forever, because you don’t know what’s around the corner.”

Sally went on to say she never imagined playing Sally for as long as she has and that it was the ideal job when her kids were little, as she only lives 20 minutes from the studio.

However Sally has stated she still enjoys being on the show.

Sally continued: “But three decades on, I still enjoy it as much as when I started.

“From the cast and camera people to the make-up artists, we’ve grown up with one another and been there for life’s milestones – it’s like we’re a family.”

Sally has been part of the cobbles for over 30 years.

Her character is married to Tim Metfcalfe, played Joe Duttine.

Recently the two have faced some troubles.

Sally and Tim were told they were unable to have sex until Tim was given the all-clear from his doctor.

When they were finally able to be intimate, Tim began struggling with impotence.

The two began to argue as Tim told Sally he felt pressure to perform, calling her “sex mad.”

Will they be able to make up and sort through their issues?