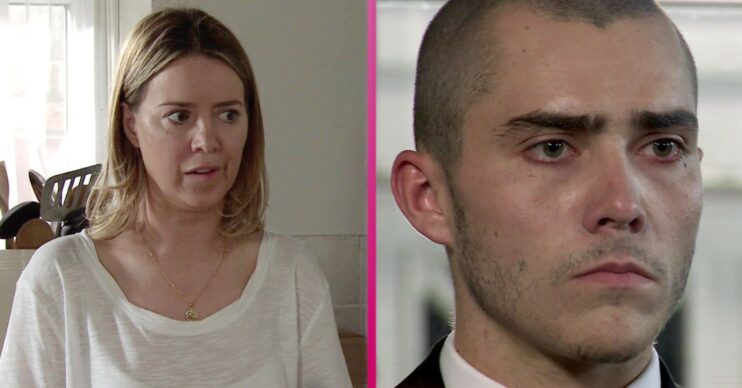 Abi has a plan

Coronation Street star Sally Carman, who plays Abi Franklin, has teased what’s to come for Abi after Corey was found not guilty for the murder of her son Seb.

Seb later died from his injuries. However Nina remembered the attack and realised Corey attacked Seb and Kelly tried to stop him.

However in tonight’s episode (Friday, September 10) Kelly and Corey’s trial came to an end.

The verdict came in and the jury found Kelly guilty, however they found Corey not guilty.

Abi was devastated by the verdict, however it sounds like this story is far from over.

Sally Carman recently spoke to Entertainment Daily and other media in a recent interview about what’s to come for Abi.

Sally revealed that Abi would be going away and won’t let the verdict drop.

She said: “She leaves Kevin, because she can’t let it go, what’s happened, and she’s not quite sure what she’s going to do or maybe she is. But whatever she does she knows she can’t involved Kevin and Jack, it wouldn’t be fair.

“She loves the bones of the pair of them, which is the reason actually, ironically, why she has to leave them, because she needs to just have a think about how she can solve the injustice that’s happened.

When asked what Abi has planned, Sally said: “It’s lifechanging and all of those things. But it’s like she’s being driven by a force she can’t stop and it’s slightly out of her hands as well because she has to do what she’s going to do.”

It was also revealed that Abi will return for revenge for a big week in October.

“When we were in the studio  last week doing the stunts and what not, I was just pinching myself, just like ‘wow I get to do this.’ So yeah I’m really, really happy.

“It’s a funny one as well because in real life I guess things wouldn’t automatically go to the lengths that they do sometimes. But I guess that’s the beauty of being in a soap, you can push the boundaries.