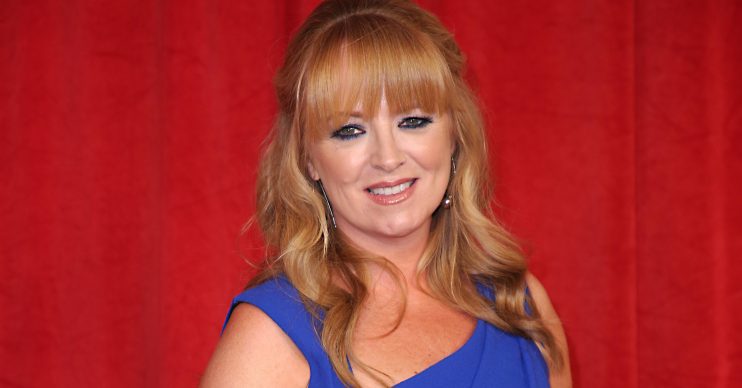 Coronation Street actress Sally Ann Matthews has shared a hilarious video as she tried to teach her dog yoga.

As she sat on the floor with her pooch, who’s called Veto, she said: “Okay Veto, we saw the cute Italian man, I mean cute Italian dog, do yoga. Should we do some yoga? You ready? Go down. Come on.”

As Sally went down, Veto ran off then went up to her and began licking and jumping all over her.

As Sally petted Veto, she laughed and said: “That’ll do.”

One wrote: “I think Veto would rather have a treat instead. He’s too cute!”

Sally often shares snaps of her beloved dog. Currently she’s able to spend more time with Veto as she is off work due to the coronavirus pandemic.

Coronation Street has suspended filming in order to protect the cast, crew and production team.

Episodes have also been reduced from six a week down to three a week.

Who does Sally play in Coronation Street?

Currently her character and Jenny’s husband Johnny own The Rovers pub, which they’ve turned into a B&B.

What is Jenny’s next Coronation Street storyline?

Next week, Jenny excitedly tells Sean that a businessman called Scott has expressed an interest in taking the room in the Rovers on a long jet.

But Johnny’s shocked to realise he recognises Scott.

Trying to mask his concerns about Scott, Johnny suggests he to Jenny they should go to France to visit Eva and little Susie.

However Jenny worries it’s too short notice to find cover and recommends Johnny goes on his own.

But why is he trying to get away from Scott. Does he have something to hide?