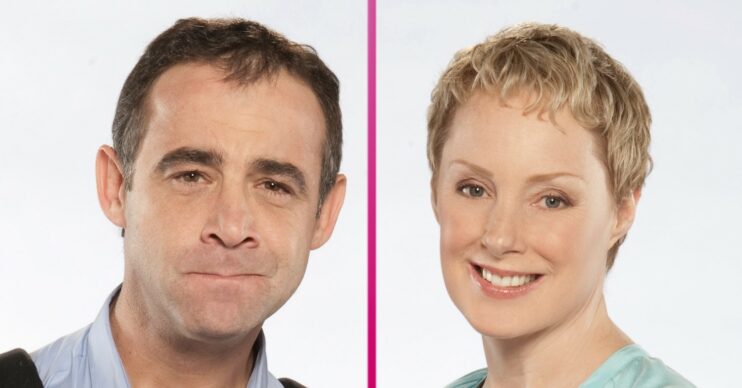 ITV bosses decided on a different soap instead

Coronation Street fans have been robbed of a truly great soap spin-off.

Telly bosses had plans to use Sally and Kevin Webster to launch an early-evening soap spin-off down south – but chickened out at the last minute.

Writer Russell T Davies has revealed that 12 scripts were written for the 90s spin-off before bosses pulled the plug.

Called Mario’s, the two characters were given fake names as the scripts were developed so nothing leaked.

But alas it was not to be.

He revealed on Instagram: “For six months, Patrea Smallacombe (who worked on Cell Block H when she was 18 and has such stories to tell) and I were locked in an office to develop and write MARIO’S, a spin-off soap for Sally & Kevin Webster @sallydynevor.

“Planned for 5 days a week, ITV at 5.30. They’d inherit some money, so Kevin opened a garage down south.

“They had neighbours like a boozy housewife in her negligee (sorry, it was the 90s), a Mrs Mangel-type woman and, on the corner, a pizzeria, Mario’s, with a boisterous Italian family.

“12 scripts or so were written. I think Kevin & Sally were called Paul & Linda so no one knew our secret. But ITV said no. Hey ho.

“We marched onwards! Next!”

Corrie star Jane Danson commented: “This is brilliant! Made me laugh out loud.”

And award-winning screenwriter Jonathan Harvey revealed he too was developing a spin-off at the same time.

He commented: “And while you were developing your Kevin and Sally soap I was doing my Big Smoke one, to which ITV also said no.

“The inhabitants of a west London tower block. We even shot a pilot with Ashley Walters and Jane Hazelgrove!”

Jonathan also revealed what replaced the two shows – a revival of Crossroads.

He added: “Crossroads beat us all!”

Would you have liked a Coronation Street spin-off with Kevin and Sally? Leave us a comment on our Facebook page @EntertainmentDailyFix and let us know!