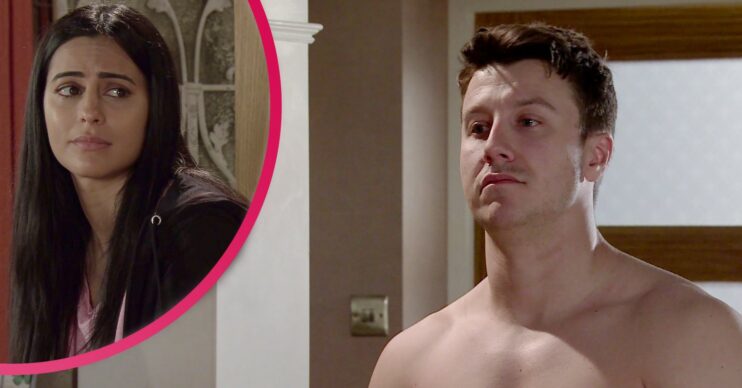 Coronation Street: Ryan Connor love life – who are his exes as Alya breaks up with him?

Could Ryan be on his way out?

Ryan Connor in Coronation Street is at the centre of attention tonight.

But the big question is: will he leave Weatherfield after being dumped by Alya?

What’s going to happen with Ryan in Coronation Street?

In tonight’s episode, Ryan woke up in Daisy’s bed and begs her not let slip he was with her last night.

However in front of Alya she purposely told Ryan that she wasn’t happy about his lies when the truth is he ended up in her bed.

Read more: Coronation Street and Emmerdale cast and crew suffer ‘Covid outbreak’ and could be ‘shut down’

What’s Ryan’s past in Corrie?

Ryan has had quite the past in Coronation Street, being played by three different actors.

Fans first saw him in 2006, with his mum Michelle, played by Kym Marsh. However, he got in trouble straightaway after vandalising The Kabin and going joyriding.

Who are Ryan’s exes?

When he was a teenager, Ryan had a relationship with Sian Powers. However they broke up and Sian began dating her best friend Sophie Webster.

After leaving Weatherfield for Glasgow, Ryan came back in 2012 and got involved with Tracy. Big mistake.

Later, he started an affair with Katy Armstrong. She ended up splitting with her fiancé Chesney to be with Ryan.

Ryan eventually grew closer to Bethany Platt, however she struggled after being groomed and raped by Nathan Curtis and his friend.

Bethany and Ryan eventually slept together but when he went on a date with Alya, Bethany ended things.

Ryan went on to date Alya, but now two years later it seems they’re over for good.

In his first stint in the soap, Ben Thompson played Ryan. Then when he came back, Sol Heras took on the role.

Now, in his third incarnation actor Ryan Prescott plays him.

Read more: Coronation Street: Who is Annie Walker? What happened to the Rovers’ first on-screen landlady?

Since then Ryan has appeared in Holby City, Casualty, Doctors and series two of The Syndicate.