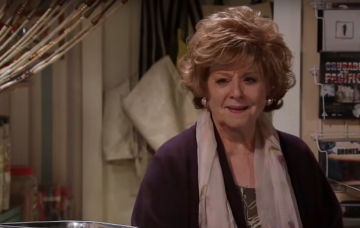 The cobbles favourite has been living with a killer!

A Coronation Street legend is facing a horrifying murder on the cobbles next year.

Rita Tanner is going to be plunged into danger when a shocking secret emerges about her lodger and friend Gemma Winter.

According to reports Gemma will be unveiled as a murderer!

It is claimed Gemma targeted a rich older woman to con her out of her money before the woman died in mysterious circumstances.

Gemma’s secrets are set to be exposed when her secret brother Paul arrives in Weatherfield.

He took the wrap for Gemma and ended up in prison which is where he met David Platt.

A source told The Sun: “Gemma fears all her secrets will be exposed when her brother Paul arrives in Weatherfield.”

The insider added: “The last thing she needs is for Rita to find out that she had ties to the death of a rich old lady.

“Rita has done so much for Gemma over the years and they’ve built a good relationship. However, Paul thinks Gemma’s up to her old tricks, and Rita could be in danger.”

It has also been revealed how Gemma will be at the centre of a huge storyline for the show that will play out over the next 12 months.

According to Corrie boss Iain MacLeod who said: “I do love that character and I think she’s at her best when she’s at the middle of everything causing trouble.

“There is another big story on the table for her that will play out over the next 12 months, where it’s fun, enormous, ludicrous and brilliant and will play to all of the actor’s strengths.

“It will see her doing something that is quite central to the show over the next 12 months or so.”

Do you think Gemma could turn on Rita? And is she in danger? Leave us a comment on our Facebook page @EntertainmentDailyFix and let us know what you think!