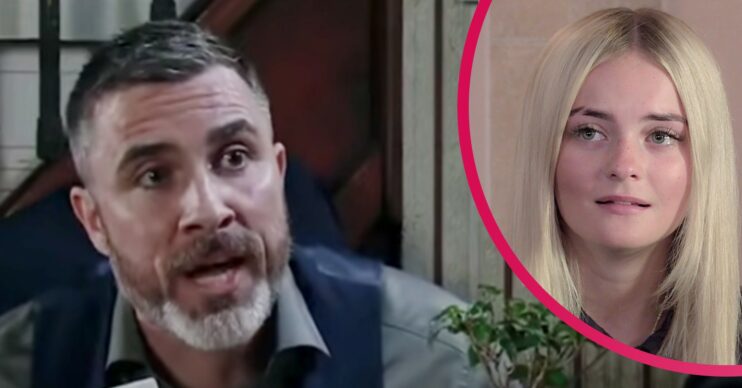 Will the truth come out?

Coronation Street cast members have been spotted filming funeral scenes on location in Manchester, but is it Rick Neelan’s funeral?

The actors can be seen wearing all black and in one picture, Kelly is stood over a grave in tears. But whose funeral is it?

He buried Rick’s body in the woods and his body hasn’t been found.

Last month, Mike North was also spotted filming scenes on location on football grounds and it was reported by Metro that police were soon swarming the area of the building site and they find a body.

Could this be where Rick’s body has been moved to?

However viewers will also know that Laura Neelan is dying from cancer. She revealed her diagnosis to her daughter recently and moved in with Gary, Maria and Kelly so they could help care for her.

Could the cast be filming Laura’s funeral?

Coronation Street: What happens next with Gary and Laura?

Currently Laura is looking for a private investigator to find Rick’s money so she has something to give Kelly when she dies.

This week Laura tells Gary her pain is getting worse. Feeling guilty, he urges her to see the doctor instead.

Will Laura listen to his advice and see the doctor, or will she continue to search for Rick and find out about Gary’s crimes?