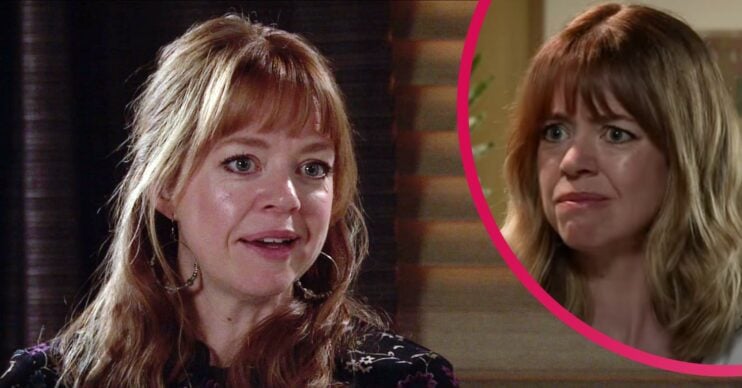 Coronation Street: Peter and Toyah will reunite and have an affair, says fan theory

Peter and Toyah use to be together

Coronation Street fans have a theory that Peter and Toyah will reunite and have an affair.

In Wednesday’s episode (October 13) Imran told his girlfriend Toyah that he had cheated on her on the night of Kelly and Corey’s verdict.

He explained that he went into town and met a random woman and they ended up sleeping together.

He then went on to tell her that his ex-wife Sabeen knew that he had cheated and was blackmailing him into helping her with Harvey Gaskell’s appeal.

However he didn’t tell her who he cheated with – Abi.

Later Toyah went out and ended up running into her ex-boyfriend, Peter Barlow.

She told Peter about Imran’s cheating. But he encouraged her to give him another chance.

However fans have a theory that Peter and Toyah will end up reuniting and having an affair.

Omg please don't tell me Toyah will sleep with Peter. She's been there and done that 😬😬#Corrie

Whatever you do Toyah, don’t be stupid and make a move on Peter 😂 #corrie

Coronation Street: What’s next for Peter, Imran and Toyah?

This week Toyah finds out from Simon how Imran borrowed his phone in a bid to uncover information about Sharon and is appalled.

When Imran is distracted by Elsie she steals his phone.

Later at the Bistro, she tells Peter what Imran has been up to.

Meanwhile a furious Sabeen storms into the solicitors’ office. She tells Imran how she’s been accused of misconduct, had all her cases taken off her and he’s made an enemy for life out of Harvey Gaskell.

A furious Sabeen accuses Imran of forwarding her private texts to her boss.

But soon Imran realises his phone is missing and that Toyah must be responsible, leaving him devastated.

Knowing Harvey’s appeal has been compromised Peter and Toyah assure Simon he’s no longer in danger.

Later, across Weatherfield, Sabeen visits Harvey. He tells him that Leanne’s sister Toyah has jeopardised his appeal.

Will you be watching tonight’s Coronation Street? Leave us a comment on our Facebook page @EntertainmentDailyFix and let us know what you think.