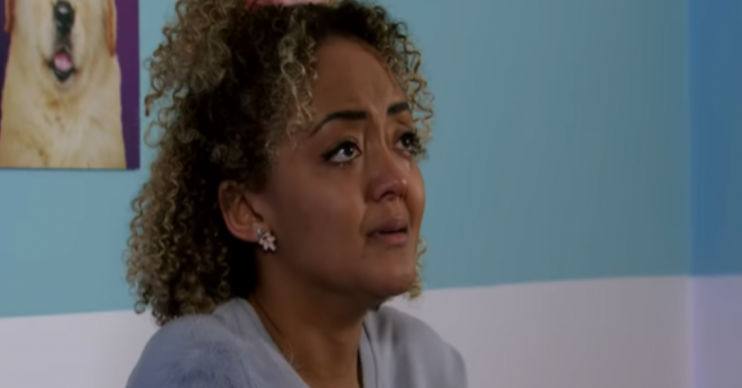 Some were so unhappy, in fact, that they complained to Ofcom over the scenes.

The regulatory body confirmed to Entertainment Daily they received two complaints about the storyline.

Fans were left distraught when the soap aired the Eccles’ final scenes.

Ken’s pooch succumbed to an inoperable tumour in Wednesday night’s outing to Coronation Street (April 8) and was put to sleep.

In a devastating twist it was Emma Brooker, who was dogsitting, who made the final decision.

Having failed to get hold of Eccles’ owner Ken Barlow, Emma was forced to decide whether to operate on the dog or not.

She opted for the vet to go ahead with the procedure, but the vet then revealed the tumour has spread and Eccles wouldn’t recover.

Emma was given the choice over whether to wake Eccles up from the anesthetic and have her live a few more days in pain or to let her die in her sleep.

Ken was devastated when he arrived to find Eccles had gone, and Tracy had a few choice words for poor Emma.

“What have you done to her?” Tracy demanded.

As Ken lamented that he should have been there, Steve told him not to blame himself.

However, typical Tracy spat: “Yeah, you didn’t know you were leaving her with somebody so incompetent.”

Ken was also pretty cold with Emma, who was tearfully sent home alone.

As well as being devastated by the death, fans were also concerned what had become of the dog who played Eccles.

With many fans worried that in real life Eccles’ actors had also died, Corrie stepped in to confirm they were alive and well.

After her death, Coronation Street released a tribute video to the much-loved canine companion.

Eccles came to Weatherfield when a friend of Deirdre Barlow’s mum Blanche Hunt (Maggie Jones) passed away and left the pup to her.

Corrie shared a tribute video on the soap’s Twitter account, which featured several scenes involving Eccles and Deirdre, who was played by the late, great Anne Kirkbride.

In the clip, Ken told Eccles: “I always think the best friendships have to be earned.

“All you ever wanted was my companionship, maybe the odd bit of bacon.

“This is not goodbye old girl, No, this is au revoir. Until we meet again.”

The clip concluded with a picture of Deirdre holding Eccles and the writing: “Lady Freckles aka ‘Eccles’, 2005 – 2020.”