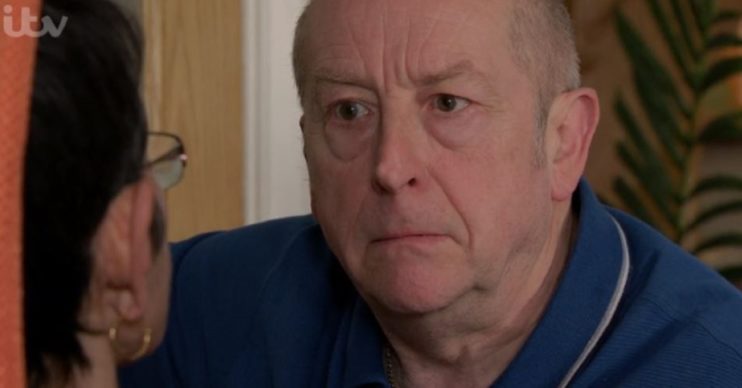 Nicky's got a secret - but does it involve Geoff?

The sex worker made her debut on the show this month after mistaking Daniel Osbourne for a potential client at a drinks function.

She quickly made an impression on him – and viewers – and they later met up in a hotel room.

Nicky has quickly proven herself to be an exciting new character, but fans suspect there’s more to her than just being Daniel’s new love interest.

Viewers know evil Geoff cheated on wife Yasmeen with a succession of escorts during his campaign of control and terror against her.

But viewers only saw one of the women he hired, Rachel.

He made a big song and dance about there being multiple escorts. Now, fans are convinced that means he hired Nicky and mistreated her in some way.

And they think she’s going to help free Yasmeen from prison – and Geoff’s control.

Yasmeen, who was terrified she was going to be killed, lashed out and stabbed Geoff.

She is currently in prison awaiting trial for attempted murder.

One viewer said on Twitter: “Maybe that’s why Nicky’s character has been brought in, to bring Geoff and Yasmeen’s storyline to a close.”

A second tweeted: “She can help bring him down, hope so.”

A third said on a Digital Spy forum: “I do like it when stories intersect and given that Geoff has form for using prostitutes, it does seem like more than a coincidence that’s what her character does.

“We also know that the actress is sticking around for a while so it is possible.”

Actress Kimberly Hart-Simpson teased that Nicky has an intriguing back story waiting to be discovered.

She said at an online press day: “It is yet to be discovered.

“Her history, her past. Why is she there, and why does she do what she does? That is all set to be revealed.”

Could she be the one to take Geoff down? Or could she be another victim?

It has been confirmed that Nicky will be on the cobbles until at least the autumn, meaning she has time to tackle evil Geoff.