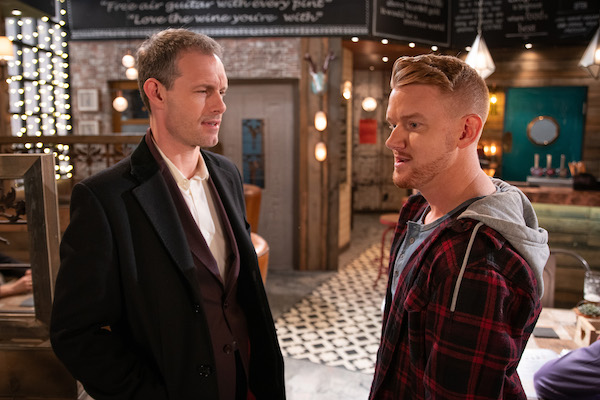 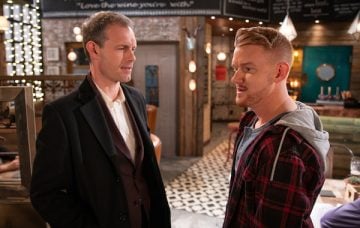 Corrie’s Nick and Gary to be new super villains?

The businessman and the builder are in trouble

Coronation Street fans are desperate to know who the new super villain will be.

Now a shock new report claims there won’t just be one super villain but two with police probing Nick Tilsley and Gary Windass in the coming months.

A report in The Sun claims the businessman and the builder will be questioned by police over the factory roof collapse.

The disaster will leave one beloved character dead in heartbreaking circumstances.

And Nick and Gary are going to be questioned about it all and come under suspicion of being responsible.

A source told the newspaper: “They have just filmed scenes where cops are asking questions about Nick, his whereabouts on the day and involvement in Underworld.

“When the victim’s family ask officers if they think Nick did it as part of a insurance scam, they say they are exploring all lines of enquiry, but keep it vague.

“In recent weeks, Ben filmed scenes where Nick was furious with Carla for trying to oust him out the business, so it could be revenge.”

Corrie producer Iain Macleod revealed the new villain would cause the death of a beloved character.

In scenes to air in March, the factory collapses in what appears to be an accident – but is, in fact, the result of a criminal enterprise by the new villain.

Iain has said: “We’re designing a character who is more of that latter type, who can stay in the show for ever as an antagonist just messing up everyone’s lives.

“We’re going with this character on this journey.

“You go in seeing their intentions were good but things rapidly snowball.

“By the end of 2019 there will be a new, complicated villainous presence on the cobbles.”

Who do you think the new villain is? Leave us a comment on our Facebook page @EntertainmentDailyFix and let us know what you think!