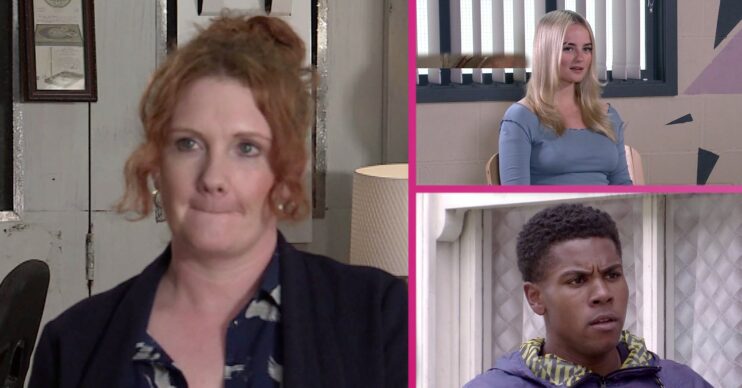 Will tells the truth

Coronation Street spoilers for next week reveal that Hope isn’t happy about the new baby.

Meanwhile Laura is arrested and Todd’s lies are exposed. 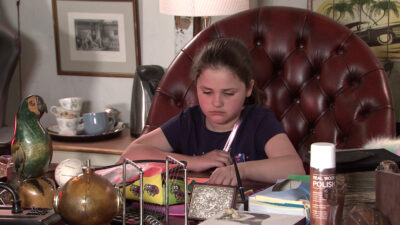 Alina asserts to Tyrone that his jealousy over Fiz is humiliating.

She demands that she needs both of their help for a school project.

Hope works on her project, but she includes Phill in her picture leaving Tyrone jealous. 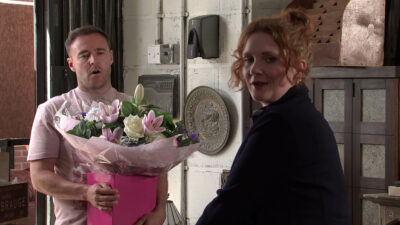 Later Hope accuses Tyrone of spending all of his money on the new baby and nothing on her.

Fiz meets Phill for lunch. At No.9, Evelyn assures Fiz that Hope is fine.

However in the backyard, Hope rips the head off the baby’s teddy and stuffs it in her backpack. 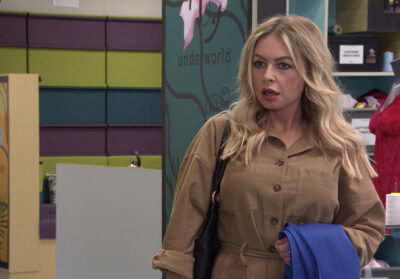 Laura meets up with Chris at the Bistro. She tells her she wants £30k for Kelly’s story.

Chris warns Daniel that Laura is trying to sell her daughter’s story. Daniel tells Imran and Toyah what Laura has been up to.

Toyah and Imran tell Laura that if she sells Kelly’s story to the paper, they’ll report her to social services. 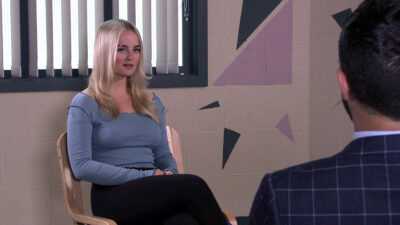 A police officer arrives at the factory and arrests Laura on suspicion of child cruelty.

Toyah and Imran visit Kelly and assure that she might not have her mum’s support, but they’ll be there for her.

Kelly describes her childhood to the social worker and explains her mum would knock her about and go missing for days. 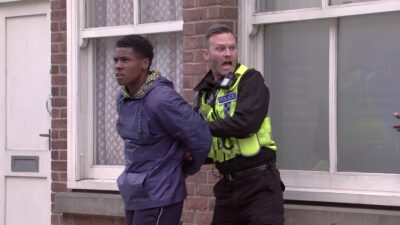 Michael and James test drive a sports car after James is offered £30k for his interview. A police car pulls them over.

When James questions the officer as to why he pulled him over, the officer arrests James for obstruction and handcuffs him.

James trips and injures his leg. 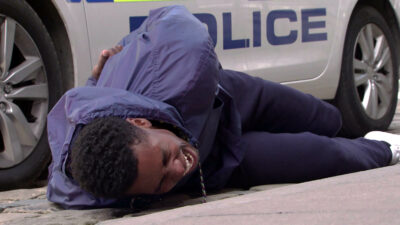 Craig rounds the corner to see James is in agony. Michael is convinced they’re victims of an unprovoked racist attack.

In the hospital, James is convinced his career is over. James later returns home on crutches. 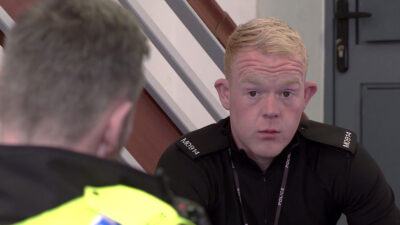 Michael tries to persuade James to make a complaint, but he refuses.

Michael and James are shocked to discover someone filmed the arrest and posted it online.

James accepts they should make a formal complaint to the police.

In the police station, PC Brody sidles up to Craig and asks him not to mention the fact he thought James’s driving was fine and didn’t warrant being pulled over. 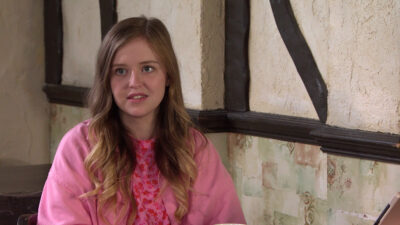 Billy and Todd reveal that Nina is going to design a bespoke groomsmaid dress for the wedding.

Summer lets slip that Todd gave Billy £1000 towards the halfway house and Will realises Todd ripped him off. 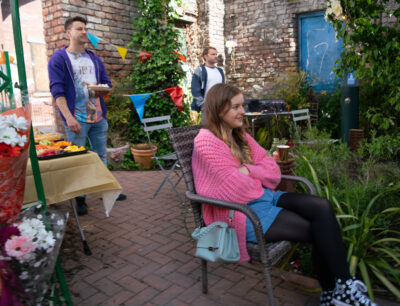 As Will lists all of Todd’s crimes and reveals the lengths he went to to split Billy and Paul, Summer is horrified.

Summer confronts Todd, meanwhile Will is determined to expose him and sends Paul a video.

As locals gather in Victoria Garden for the calendar launch party, Paul swaps the laptop for his own. 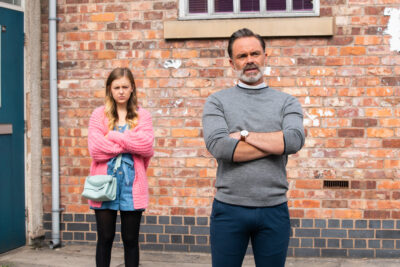 To Todd’s horror the film turns out to be an incriminating video of him telling Will how to successfully split Billy and Paul.

Billy stares at Todd in disgust before heading off.

On the street, Billy, Summer and Paul watch as Todd is arrested for theft and led away.