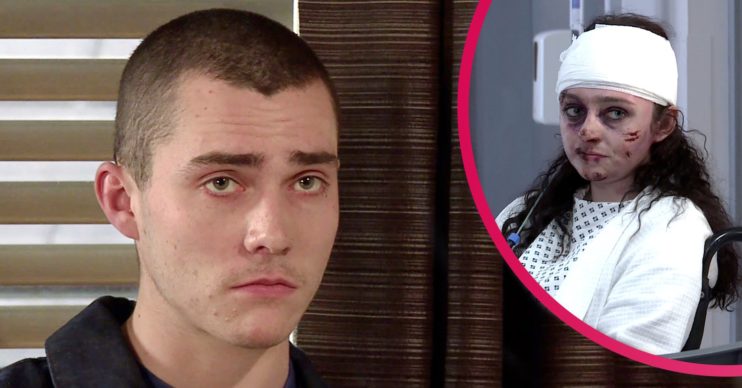 It became clear that Corey didn't like Nina months ago

Coronation Street star Maximus Evans has revealed that he auditioned for the role of Seb Franklin before landing Corey Brent.

However viewers were left heartbroken when it as revealed Seb had failed his brain stem tests and had died.

Corey first appeared in 2019 as a love interest for Asha. The two had an on and off relationship and broke up earlier this year after he tried to control what she wore.

Nina noticed Corey’s cruel behaviour and it became clear the two didn’t like each other.

Asha moved on and began dating Nina. However their relationship ended after a few weeks as Nina felt they were moving too fast.

When asked what Corey doesn’t like about Nina, Maximus revealed that Corey feels threatened by her presence.

Read more: Tracy Brabin on Coronation Street: Who did the Labour Party politician play in the soap?

Speaking to Entertainment Daily and other media, he said: “I think there’s a sense of jealousy with Corey towards Nina.

“And I think that all stems from the relationship that she’s had with Asha previously, you know in between Corey’s relationship with her.

“And because she is so uniquely different in that sense, and Corey himself is quite a confident lad, he may almost feel threatened by her presence and especially when she’s around Asha.

He may almost feel threatened by her presence.

“Cause he in his mind thinks she’s manipulating Asha. Because Corey in a way thinks he’s right, there’s that arrogance behind him that drives his motives.”

Maximus also revealed that he ‘came close’ to playing Seb when people were auditioning to play the character.

I’ve actually auditioned for Corrie a couple of times throughout the years.

“I’ve actually auditioned for Corrie a couple of times throughout the years and actually got very close to playing Seb when that role first came up.

“So I actually screen-tested for Seb when that first came up, and I was saying this to Harry [Visinoni] before that it’s quite funny that it’s really full circle now.

“But yeah around two years ago I had the audition for Corey.”

Have you been watching Coronation Street? Leave us a comment on our Facebook page @EntertainmentDailyFix and let us know what you think of these soap spoilers.