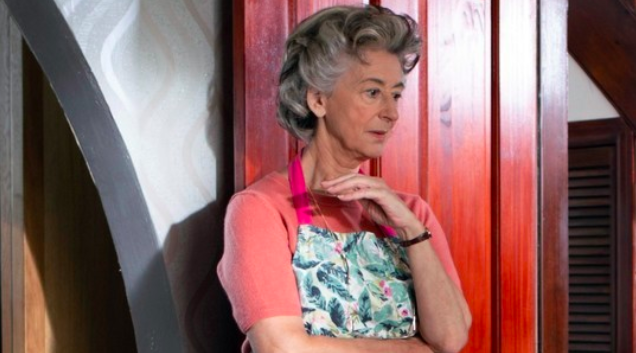 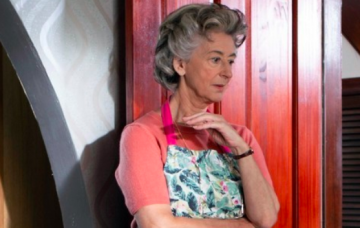 Maureen Lipman has been forced to defend herself after a campaign was launched to get her fired from Coronation Street.

The legendary actress has hit back at critics who have said they don’t want her to star in the ITV soap.

Viewers of the show have widely praised her performance on the show as Tyrone Dobb’s biological grandmother Evelyn Plummer.

She has been dubbed the new Blanche Hunt as the fearsome battleaxe moved onto the cobbles to live with Tyrone and Fiz.

But her high-profile campaign against anti-semitism has seen her clash with Labour leader Jeremy Corbyn’s supporters.

And some have tried to have the star sacked from her role according to the Mail on Sunday.

One message posted last week according to the newspaper, says: “Maureen Lipman shouldn’t be allowed to be in Corrie

“The right to be political isn’t the issue; but she is alienating viewers who support Mr Corbyn by basically calling them Holocaust supporters.”

Another said: “Feel like the producers didn’t realise Maureen Lipman is utterly detestable. Get rid. Next. Bye. Adios.”

A third called for a boycott of the Jewish actress: “How very timely that vile Corbyn-hater Maureen Lipman gets a role on a major working class TV show.

“Propaganda in action. Boycott her.”

In a statement to the paper Maureen hit back at the messages, saying: “Evelyn is a monster but she doesn’t think so.

“Like the hardliners and the No Platformers, she is convinced that she is 100 per cent right and anyone who doesn’t 100 per cent agree should be banned or boycotted.

What do you think of Maureen on the show? Leave us a comment on our Facebook page @EntertainmentDailyFix and let us know what you think.