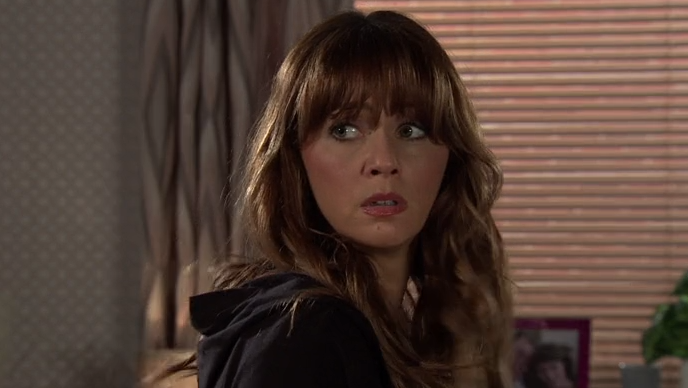 Coronation Street fans question why Maria Connor is so stupid

She has made some questionable decisions

Fans of Coronation Street have been left questioning why Maria Connor is so stupid after failing to realise her fiancé, Gary Windass, was repsonsible for Ali Neeson’s overdose.

Over the last several months, Maria has had a turbulent relationship with Gary, and on Valentine’s Day she ended up sleeping with her ex-boyfriend Ali.

Thinking Gary had gone back to his criminal ways, Maria was mortified when it turned out he’d actually been planning to propose.

Recently Gary found out about Ali and Maria’s encounter and plotted to get his revenge on the doctor.

In last night’s episodes (Monday March 9 2020) Ali ended up passing out at work and Toyah told the paramedics she suspected he overdosed on Diazepam.

Seeing Ali being taken to hospital, Maria visited him and his ‘brother’ Ryan delivered some home truths to Maria, saying if she hadn’t led Ali on he wouldn’t have overdosed.

But what Ryan and Maria don’t know is that Gary asked loan shark Sharon to deal with Ali. Sharon spiked her drink and swapped it with Ali’s.

Maria is an idiot!

Later Maria confessed her liaison with Ali to Gary.

Despite packing her bags, Gary decided to forgive Maria and put her engagement ring back on her finger.

However fans have been questioning how Maria can be so stupid and not realise Gary had something to do with Ali falling ill.

Maria are you dumb? WHY are you telling him?! #Corrie

Meanwhile, Ali soon woke up in hospital with Ryan by his side and insisted that he didn’t take anything.

Will Ali and Ryan soon realise that Gary had Ali drugged?

This isn’t the first time viewers have been annoyed with Maria’s stupidity.

Earlier this year, she discovered Gary was a loan shark, but instead of dumping him, she took him back on the grounds he stopped with his criminal activity.

Although he’s stayed true to his word, he recently got back in contact with Sharon, who worked for Rick Neelan, the loan shark Gary killed.

Will his past eventually catch up to him?