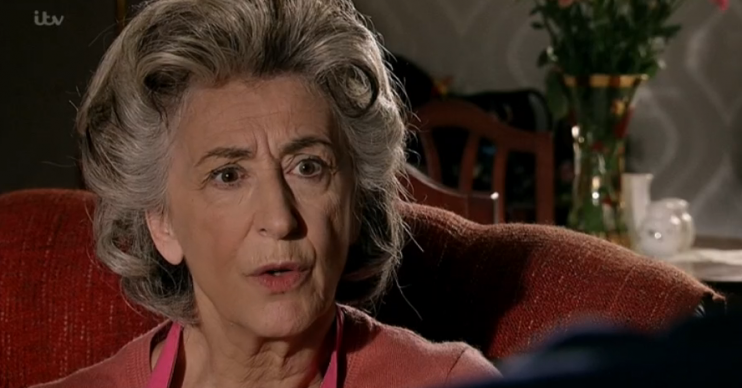 Coronation Street’s make-up artist has been pictured wearing a face mask and latex gloves to work on Maureen Lipman and other cast members.

Make-up supervisor Jill Stansfield, who has worked on the ITV soap Coronation Street since 2015, admitted she wasn’t prepared to take any chances amid the coronavirus outbreak.

In a new photo shared on her official Instagram account, Jill can be seen wearing a makeshift mask over the lower part of her face, as well as latex gloves on her hands.

Just not taking any risks!

Actress Maureen Lipman, who plays Evelyn Plummer, looks bemused in the snap as she wears curlers in her hair and sits in the make-up chair.

Maureen is 73, making her over the ‘danger’ age for social isolation and containment amid the coronavirus outbreak.

Just not taking any risks !

Alongside the picture, she explained: “Just not taking any risks!”

In another photo from behind-the-scenes, Jill shared a photo of 57-year-old Peter Gunn – who plays Brian Packham – also waiting for a touch-up.

The photos come in the same week as reports that the over-70s are being written out of the soap over the coronavirus pandemic as bosses “adhere to all government guidelines”.

The show has seven cast members over 70 who have been advised to stay home while writers work to remove them from storylines going forward.

A Coronation Street spokesperson told The Mirror: “With regards to over-70s we will be adhering to all government guidelines and following appropriate steps.”

As the soap films six to eight weeks in advance, the changes may not be seen on screen for a while.

According to The Sun, Coronation Street has been reduced to a skeleton staff as all but essential crew have been sent home amid the coronavirus outbreak.