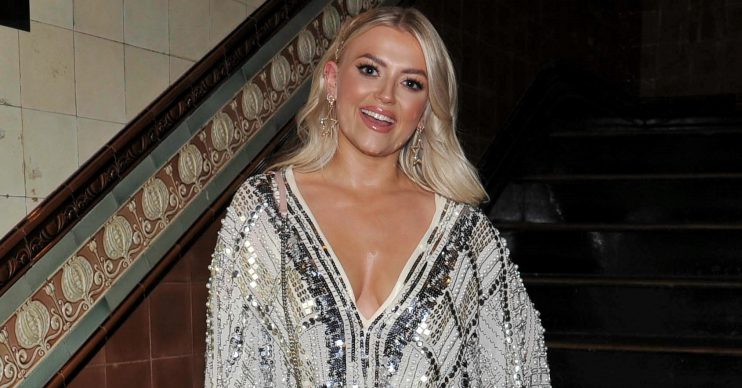 Fans have said Lucy Fallon ‘still looks hot’ as she dresses up as a man for a ‘new role’.

Tonight I am a host of virtual ‘rock n roll bingo’ with my friends. Tonight, my name is Luigi.

She captioned the post: “Tonight I am a host of virtual ‘rock’n’roll bingo’ with my friends. Tonight, my name is Luigi.”

One wrote: “Is it strange you still look hot? x.”

A fourth added: “You look great.”

Currently Lucy is staying at home, much like the rest of the UK.

Recently she expressed how much she was missing her family and friends during the coronavirus lockdown.

However her former Corrie co-star Colson Smith responded to the post, joking he “didn’t make the cut.”

Who did Lucy play in Coronation Street?

Lucy joined the soap in 2015 and decided to leave the show at the end of the 2020 contract.

During her time on the show, Bethany was badly bullied. After the bullying, she was groomed by older man Nathan Curtis, who eventually went to prison for his crimes.

Towards the end of her time on the show, Bethany was offered an internship in London. Despite not wanting to go at first, because she didn’t want to leave behind new boyfriend Daniel, he decided to go with her.

However, before they went, he got drunk and proposed to her but called her Sinead – which is the name of his wife who died in October last year.

Realising he wasn’t over Sinead and was still grieving, Bethany ended things with Daniel and went to London alone.

Has Lucy Fallon landed any roles since leaving Coronation Street?

Read More: Coronation Street’s Andy Whyment is enjoying fun in the sun with his family

With the coronavirus pandemic, actors are currently unable to film anything.