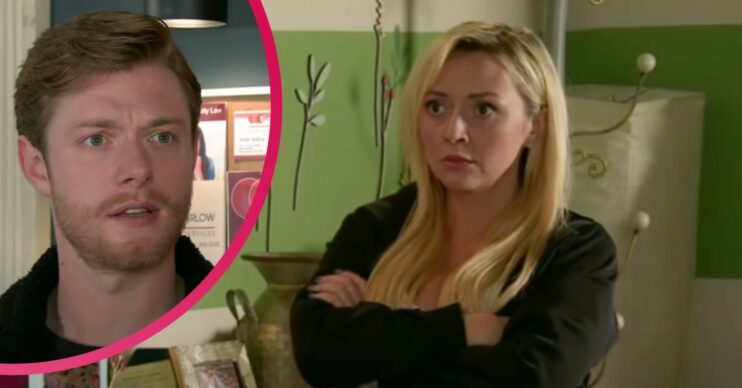 Nicky is coming back

Kimberly Hart-Simpson has confirmed she is returning to Coronation Street as Nicky Wheatley.

Last year, Daniel met Nicky and discovered she was an escort.

Daniel began paying her to dress up in his late wife Sinead’s clothes so he could talk to her.

The two grew closer and began seeing each other.

When Nicky had debts to settle, Daniel stole money from Geoff Metcalfe and gave it to Nicky to sort out her financial issues and start new somewhere with her daughter.

However actress Kimberly has confirmed her character is coming back.

She wrote on Twitter: “I can confirm I am returning to @itvcorrie – the best street in the world. #Corrie #NickyWheatley.”

I can confirm I am returning to @itvcorrie – the best street in the world. #corrie #nickywheatley

Fans were thrilled by Kimberly’s announcement and are looking forward to see Nicky back on-screen.

A second tweeted: “Yes fantastic hun. Loved Nicky and she had loads of potential.

A third said: “Fantastic news! Look forward to seeing what’s in store for Nicky. And Merry Christmas to you.”

What brings Nicky back to Weatherfield and how will Daniel react?

What’s coming up for Daniel?

Over the last few weeks, Daniel has been on and off with Daisy Midgeley. He was also falsely accused of having an inappropriate relationship with his student Summer Spellman by Max Turner.

However the investigation was dropped again him.

Daniel and Daisy recently split for good and she has started seeing footballer Ashley.

This week Daniel sets up his laptop ready for the carol concert. While he chats to Daisy, Max tampers with the laptop.

However when Daisy reveals it was Daniel who got Max reinstated at school. Max is horrified and tries to rescue the laptop.

Meanwhile Lydia is intrigued to learn Daniel is Adam’s uncle.

Seeing Daniel floundering Daisy steps in and grabs the microphone, telling the crowd that Daniel is the most decent and kindest man she’s ever met, leaving him touched.

Later Ken urges Daniel to tell Daisy how he feels but when he invites her for a drink she turns him down, saying Ashley is taking her to a celeb party.

With the party in full swing, Daisy isn’t enjoying herself and makes her excuses.

Back on the street Adam and Daniel join Sarah and Lydia for a drink.

Daniel’s impressed when he clocks the book that Lydia is reading and they hit it off.

Daisy buzzes Daniel’s intercom and declares she’s an idiot and thinks the world of him, but it’s ken who answers and he sends her off to find Daniel.