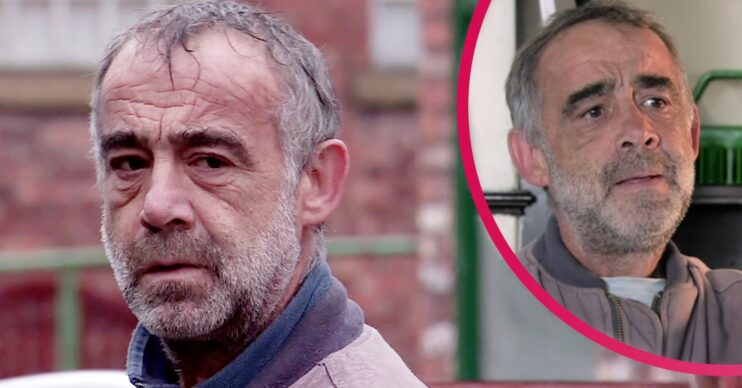 Kevin was out looking for Abi

Coronation Street fans have all joked that Kevin Webster needs to get a new jacket.

In last night’s episode (Wednesday, October 6) Kevin was desperately trying to track down his fiancée Abi.

Abi left the street a few weeks ago after Corey Brent was found not guilty for the murder of Abi’s son, Seb.

Kevin was left worried after he couldn’t get hold of Abi and discovered she wasn’t staying with her cousin, like she said.

When Kevin found out Abi hadn’t been in contact with her friend, Sally, and had taken £2k from her bank he decided to start looking for her.

Later he went to the Dog & Gun pub and asked locals if they’d seen her.

As it looked like no one found her, Abi’s ex and Seb’s dad, Tez, came in.

Kevin asked if he had seen her, however Tez assured him he hadn’t.

It later became clear that Tez was lying as Abi called him.

However fans were distracted by Kevin’s jacket and all began to say that he needed to get a new one, as he’s had it for many years.

Kevin Webster has been wearing that same bomber jacket since the early 90s. It’s due an oil change. #Corrie #coronationstreet

Kevin’s got his monies worth out of that jacket #Corrie

Coronation Street: What’s next for Kevin?

Later this week Kevin gets in his car and tracks down Tez and spots him doing a drug deal.

As Tez samples the goods from the deal, Kevin takes a picture on his phone.

Kevin stands up to Tez, convinced he lied and has really seen Abi.

Kevin orders Tez to tell him everything he knows or he’ll send the picture to his probation officer.