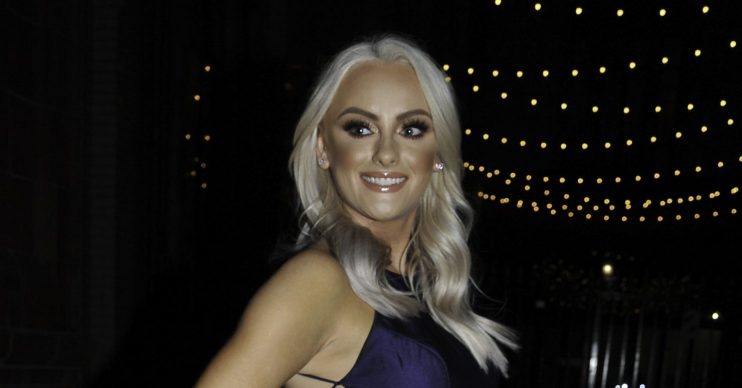 Former Coronation Street star Katie McGlynn, who played Sinead Osbourne in the soap, has hit out at the troll who insulted her acting.

The actress posted to her Twitter on Thursday, March 12 writing: “Who’d have thought when I put a 24 pack of loo roll in my trolley, I’d be heavily investing in my future!

“That combined with the random hand sanitisers I’ve used once and abandoned in the bottom of my handbags… I’m all set! I’ll now be self isolating until further notice.”

However one Corrie viewer decided to take a swipe, leaving a mean comment about Katie’s Corrie performance.

They wrote: “Because you were crap on Corrie.”

However Katie decided to hit back and tweeted: “Well me and my NTA are quite happy with my performance but thanks for your concern.”

Fans rushed to give Katie their support.

One tweeted: “You were brilliant Katie. You had me in tears at the end. Well done.”

Another commented: “And that’s how you deal with a troll.”

Another added: “With all the issues going on in the world. Do some people never learn? Katie you were fantastic and will continue to be.”

After being diagnosed with cervical cancer in 2018 when she was pregnant with her son, she began chemotherapy after Bertie was born.

However last year she was told her cancer had spread to her lymph nodes and she didn’t have much longer left.

She died in October as her husband Daniel read Bertie a story.

In January of this year, at the NTAs Katie won the Best Serial Drama Performance.

On stage, the actress gave an emotional acceptance speech, telling those present she was “shocked to even be nominated for the award”.

She thanked the cast and crew of the ITV soap, paid tribute to her beloved grandad and dedicated the award to cervical cancer patients and survivors.

Do you miss Katie on Corrie?