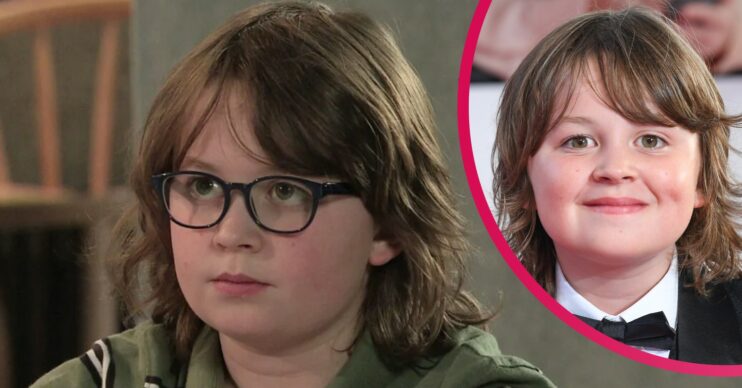 Jude, who plays Sam Blakeman on Corrie, was full of pride as his sibling, Zach appeared in an episode on Wednesday April 6.

And fans couldn’t believe it!

Read more: Who is in the cast of The Split on BBC One?

Who was Sam’s chess opponent

Sam has been taking part in a child’s chess tournament after Nick agreed he could continue playing.

Nick had tried to get Sam to stop his lessons with Roy, believing Sam needed to engage with children his own age.

However, it seems the competition was the perfect way to combine both.

As Sam eyed up his opponent, he was met with the silent Oscar.

Oscar didn’t say much, or anything at all, in fact!

Nick commented that Oscar was “intense” and Sam revealed he was listening to a mindfulness app ahead of their game. Oscar soon took off his headphones and sat down, ready to begin.

Sam managed to beat him.

Oscar was not happy at the loss and stomped off.

But for Sam, it means reaching the final and he has to face Jalena, who the other parents call the silent assassin!

The actor revealed on Twitter he had brought his brother to work!

When it was bring your Brother to work day 🎬💙 Sam smashed Oscar out of the bistro. BEST DAY so far @itvcorrie #bubblebrothers #samvoscar #corrie pic.twitter.com/xvziDK73Mf

He also posted a series of snaps on his Instagram Stories insisting to disbelieving fans Oscar really was his brother.

Jude said: “Yes he really is my brother in real life – can you not tell with the stomping off?!”

Read more: Who is in the cast of Emmerdale in 2022? Meet them all here!

Viewers at home were shocked to find out it was Jude’s brother.

However, they thought it was really cool!

“Didn’t realise that was your real brother,” exclaimed one.

“Wow how lovely… Fab having a scene together,” said someone else.

Another added: “Wait…that’s your brother?”

“Didn’t realise that was your brother, how cool,” said a third.