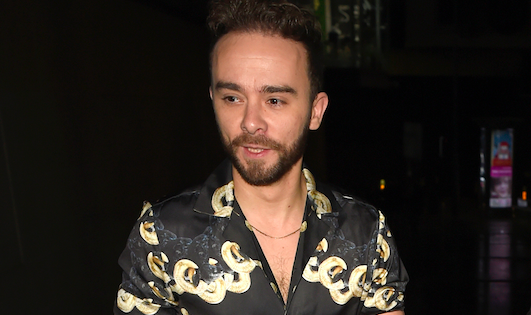 Could he follow in the footsteps of former co-star Catherine Tyldesley?

Jack P Shepherd could be swapping Coronation Street for Strictly Come Dancing in the coming months – something that will no doubt please soap fans.

His fanbase went into speculation overdrive today (March 12), after his girlfriend Hanni Treweek made an appeal on social media.

Jack, who has played David Platt in the ITV soap since 2000, will soon get his dancing shoes on according to Hanni.

I’d do Strictly over any of the others. I couldn’t do Dancing on Ice.

The ITV worker asked her social media followers about where she and Jack could begin ballroom dancing classes.

Posting on Instagram, she wrote: “Does anyone know of any good ballroom dancing classes in Manchester that @jackpsheperd88 and I can do?”

We think Jack would be brilliant on the show!

Last year, the 32-year-old hinted he’d be up for joining the series.

He told Best magazine: “I’d do Strictly over any of the others. I couldn’t do Dancing on Ice.

The last series of Strictly saw his former co-star Catherine Tyldesley take part, while Natalie Gumede and Georgia May Foote have also done the show in previous years.

Jack celebrated his 32nd birthday earlier this year with an 80s-inspired fancy dress party – proving the actor enjoys dressing up and wearing wigs.

Ideal for someone who takes part in Strictly!

Jack’s Corrie character was recently left heartbroken when his new wife Shona was shot during the dramatic Christmas siege episodes.

Left with memory loss, she couldn’t remember David and was moved to a rehabilitation clinic to recuperate.

In upcoming scenes, she returns but asks David for a divorce.

Actress Julia Goulding is back filming after enjoying a few months of maternity leave with her first son, Franklin Wolf Silver, who was born last November.

Not only will Shona be back, but recent filming pictures show her son Clayton – who is currently in prison – is also returning.

Could dramatic events lead to David’s temporary departure from the Street – and a stint in Strictly?

Would you like to see Jack P Shepherd on Strictly? Leave us a comment on our Facebook page @EntertainmentDailyFix and let us know what you think!