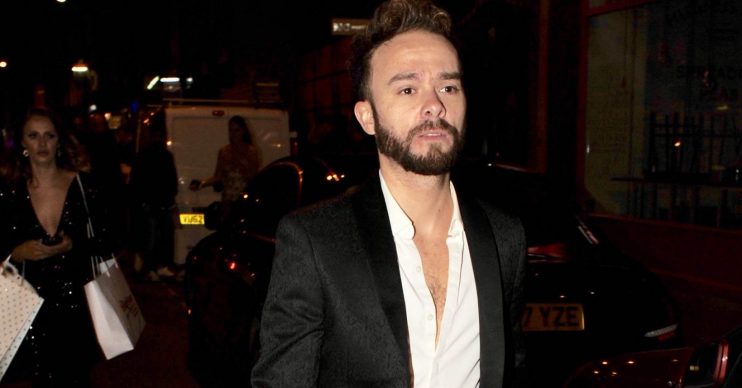 Fans of Coronation Street were left in stitches as Jack. P Shepherd clutched a bottle of hand sanitiser in a picture with his co-stars Sally Ann Matthews and Colson Smith.

In the picture, Sally, who plays Jenny Connor, and Colson are both smiling holding TRIC Award trophies, meanwhile the David Platt actor can be seen with a serious expression on his face clutching a bottle of champagne along with a glass and a bottle of hand sanitiser.

Fans were amused by the fact Jack was holding a bottle of the antibacterial and rushed to comment.

One wrote: “Great photo! The hand sanitiser makes the photo.”

A second joked: “How much for the hand sanitiser?”

A third said: “Has Jack got hand sanitiser? I do love him.”

Another tagged Jack along with a series of laughing emojis.

Currently people have been stocking up on hand sanitiser amid the Coronavirus pandemic.

The NHS recently confirmed that eight people in the UK have now died from the deadly bug and at the time of writing that figure had jumped to 10, with 596 cases of the disease.

The actor took the decision to self-isolate as a precaution, however they showed no symptoms.

It was later reported the Corrie actor was ‘cleared to return.’

A Coronation Street spokesperson told The Sun Online: “The Coronation Street cast member referred to in reports this morning has been advised by health professionals that they are not required to self isolate, following this advice they will be returning to work when they are next scheduled to film.

“The initial personal decision was taken as a precautionary measure.”

The Oscar winning star told his followers on Instagram that they sought advice after experiencing symptoms of a cold in Queensland.

The couple were on the Gold Coast, where Tom has been working on a film about the life of Elvis Presley. They are now in isolation.