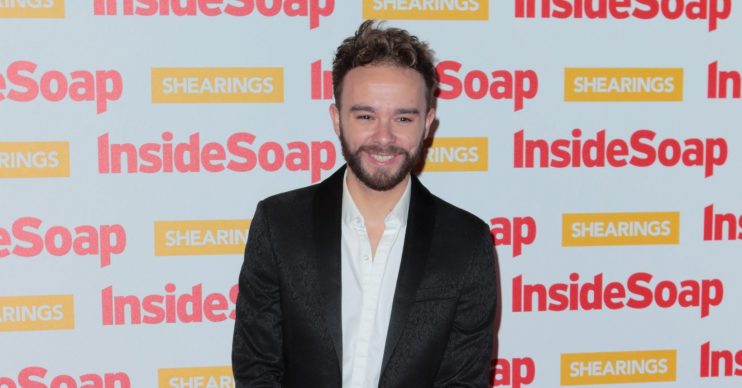 In the video, Alexandra and Jack are on set at the Platts’ house filming what looks to be one of Emma’s first episodes.

Alexandra’s character Emma says to David: “Well to be fair this is probably the longest conversation we’ve had. Normal conversation.”

As the camera goes on to David, who is holding a beer, he begins to speak but his drink starts to fizz over.

Jack then turns to Alexandra and jokes saying: “How do you like me now? Let’s go to bed and screw,” leaving Alexandra and the crew in stitches.

Fans and friends loved the video and were quick to comment.

Another was questioning if they used real beer on set asking: “Wait so is it real beer? I always thought you had to have decoy drinks.”

Alexandra joined the soap two years ago as Emma, an apprentice Audrey had taken on at the salon.

After being raped by Josh Tucker, David broke up with girlfriend Shona and slept with Emma.

The pair had a brief ‘relationship’ but after his neighbour Aidan Connor took his own life, David ended things with Emma and told Shona that he had been sexually assuaulted, leading to their reunion.

Although Emma has been on the cobbles for two years now, it was only last year that viewers discovered she has a big connection to the Street.

Her mum is former resident Fiona Middleton, and her biological dad is Fiona’s ex-boyfriend Steve McDonald.

Although Emma was raised believing a man named John was her father, before John died he revealed to Emma that he wasn’t her biological dad.

Later Audrey found out that Fiona was Emma’s mum and pieced together that Steve could be her dad.

Eventually a DNA test was done and Emma was proven to be Steve’s child, making her granddaughter to Liz and half-sister to Amy and Oliver.