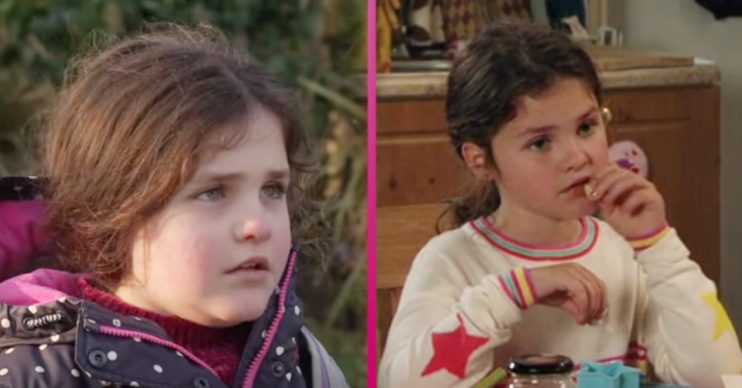 The Flanagan family got Daisy earlier this year!

In the first picture, Daisy looks distracted as Isabella holds something above her head. And in the second photo the two can be seen snuggled up together.

Her followers commented on the post saying how cute they looked.

A second commented: “Aww how cute.”

Isabella has proved to be an animal lover. Recently Rachel told her social media followers that she and Bella had been ‘bunny sitting’ and Bella was in love.

Earlier this month, Rachel revealed to her Instagram followers that Isabella and her twin brother William, who plays Joseph Brown in Corrie, have returned to filming.

The twins play cousins on the ITV soap but had been off work since March due to the coronavirus pandemic.

This was because children require chaperones on set. However with the pandemic, they tried to keep as many people off-set as possible.

Isabella and William also have a famous older sister Amelia Flanagan, who plays April Windsor in Emmerdale. But it has not been revealed if Amelia has gone back to work.

Although Isabella and William have only just returned to work, Corrie viewers will notice that kids are starting to appear on screen.

Most recently, Jude Riordan made his Corrie debut as Nick’s son Sam. Meanwhile the show is still adhering to social distancing measures whilst filming.