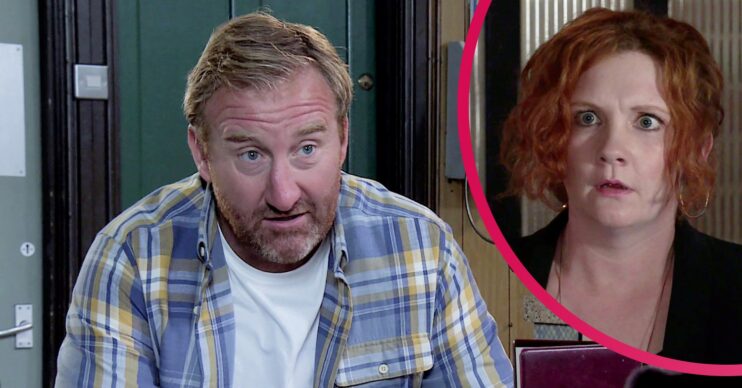 Coronation Street: Is Phill a con artist? Fans suspect he’s ‘too good to be true’

Can Phill be trusted?

Coronation Street introduced Phill earlier this year, but is he dodgy? Can he be trusted?

A few months ago, Fiz began dating Phill after Tyrone left her to be with Alina.

Phill and Fiz have grown closer and it’s become clear that Fiz and Tyrone’s daughters Hope and Ruby like Phill.

Tyrone and Alina split up and she left Weatherfield and ever since Tyrone has wanted Fiz back.

Over Christmas, Phill and Fiz and the girls ended up spending Christmas with Tyrone and an argument soon broke out between the two men.

Read more: Coronation Street: Who are Charlie and Lexi? Who do Abi’s twins live with?

He later revealed there was issues with a house he was looking to buy. Soon Fiz and Phill decided they were going to get the house together and live together.

Later Fiz told Tyrone she wanted to sell their home, No.9 in order to help pay for renovations on their new home. But is everything as it seems with Phill?

While it hasn’t been revealed by the soap if there is more to Phill some fans think he can’t be trusted and is ‘too good to be true.’

What’s next for Fiz and Tyrone?

Later this week, Tyrone asserts the house is rightfully his and he’s not selling it.

But as Fiz explains to Evelyn that Tyrone ruined her happy memories of No.9, she feels sad.

Evelyn tells her grandson it’s his duty to do right by Fiz and the kids and if that means selling the house, so be it.

Will Tyrone sell the house?