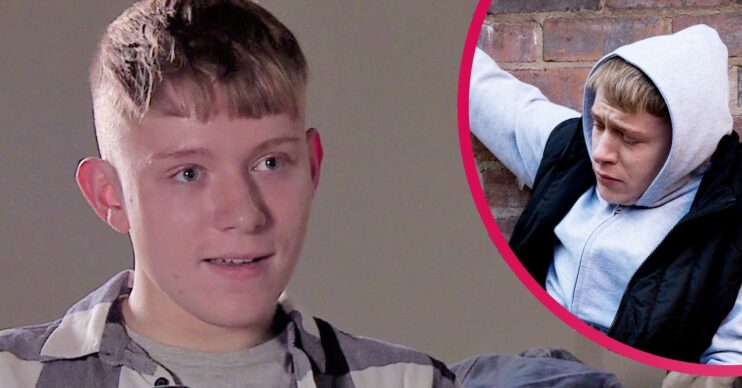 Coronation Street: Is Max going to die? What happens next

Is Max going to be okay?

Coronation Street teen Max found himself in a terrifying situation in tonight’s episode (Friday, April 29) after cutting his thigh on a piece of glass.

After breaking into the barbers he cut his thigh and collapsed in the street.

Luckily he was found by Jacob and Simon who got him medical attention, but will Max survive?

Back in February, Max spiked a drink at the school dance intending for teacher Daniel Osbourne to drink it.

He wanted revenge for Daniel pushing him down the stairs. However Daniel’s niece Amy drank the drink and ended up collapsing outside of a club, leaving Jacob, Asha and Aadi worried.

Amy made a full recovery but was left fearing someone was watching her.

This week, Amy had a meltdown at school and accused another pupil of spiking her drink.

Seeing Amy’s distress, Max admitted he spiked her drink but insisted she wasn’t the intended target.

Later Max was arrested and in tonight’s episode, he had a huge fallout with David before Max was due in court.

He planned to run away and broke into the barbers to get his phone that David had taken earlier.

However as he left through the smashed window he cut his leg on a piece of glass and collapsed in the street.

Soon he was found by Amy’s boyfriend Jacob and Amy’s cousin Simon.

Although Amy’s close ones were furious with Max for what he had done, Jacob realised he needed medical attention.

Jacob wrapped up Max’s wound and Simon called the ambulance.

Max was rushed to hospital. Later David and Shona were told Max was stable but he lost a lot of blood and was suffering from Hypovolaemic shock and his heart was struggling.

Will Max pull through?

Spoilers: Is Max going to die?

In next week’s scenes David and Shona are at the hospital. The surgeon assures them that Max’s operation went well and he’s in stable condition.

When they go to see Max he admits to them that he was running away to try and avoid prison.

Later David visits Max again and breaks the news that he’s been expelled from school.