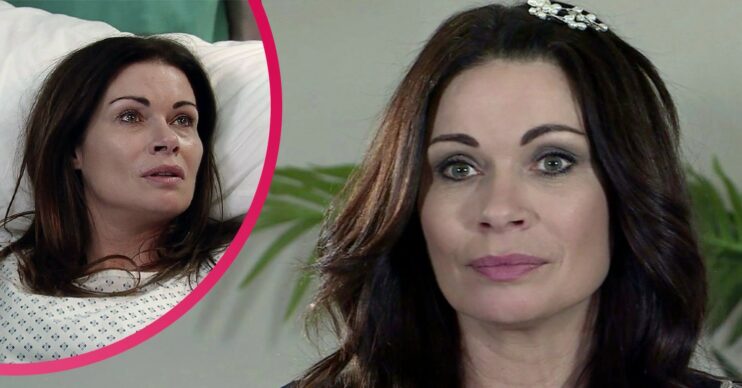 Carla Connor is a Coronation Street legend – or she certainly used to be.

Actress Alison King created an icon in the making with Underworld boss Carla but recently she’s been more of a supporting star.

Let’s face it Carla can’t have an affair with another man – there’s barely any left.

There’s only Ken left in the Barlows who she hasn’t bedded – and we all thank our lucky stars that Deirdre isn’t here to see that happen.

The show did flirt with a later in life lesbian fling a few years ago with Tracy and Paula.

But they didn’t really go anywhere with it – and Carla would be the best chance of lesbianism the soap has at the moment.

Plus it would split her up from Peter and end that dullness for a while.

Give Carla a new job in Coronation Street

It might have taken years to get Carla back to the factory and back in charge of said factory – but it’s all a bit ‘been there, done that’.

Yes, she’s very capable at presiding over knickers, knackers and knockers – but isn’t Carla worth more?

Isn’t it time she spread her wings and reminded everyone that she’s a confident businesswoman?

A soap character is only as good as their most recent feud – and frankly Carla’s on life support in that case.

She hasn’t had a good ding dong in years.

Even her ex rocking up and trying to rip her off business-wise went nowhere.

Carla needs a character with the force of will to take her on – or she risks falling further into the background.

A few years ago Corrie launched an all-out offensive in beefing up the Connors around Carla.

She had Michelle, nephews Ryan and Ali, her dad Johnny, sister Kate and brother Aidan to back her up.

Now she’s only got Ryan with the Connor clan – and her husband Peter.

Read more: Norris Cole in Coronation Street: Who was he and how did he die?

It’s not enough and it’s not good enough.

She needs family around her – and she needs to have someone to fight for, and occasionally with.