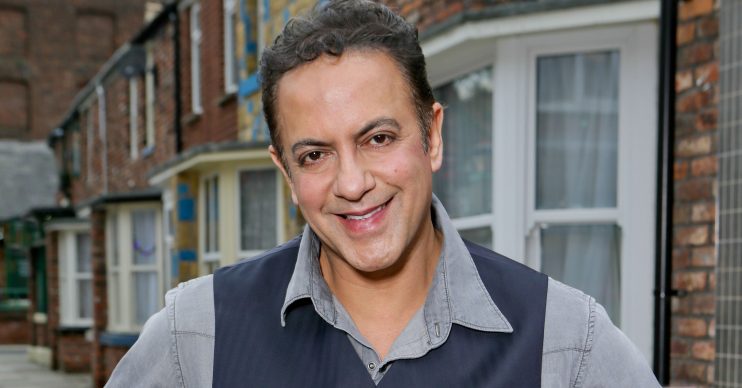 Dev has more children than you remember

Coronation Street viewers have wondered for a while if Dev has forgotten how many children he has.

Now Coronation Street has confirmed exactly how many offspring Dev has produced.

After a viewer asked the soap how many kids the shop owner has fathered, they responded saying: “Dev has six kids!”

But can you remember exactly who all of his children are?

Played by Tanisha Gorey, Asha is Dev’s youngest daughter. Asha is the twin of Aadi Alahan and daughter of Sunita Alahan.

When Asha was seven years old, Sunita died, leaving her and Aadi in Dev’s care.

Dev has had help raising his twins as friend and neighbour Mary stepped in take care of them, even moving in with the family.

However last year, Asha started to want more independence, demanding she have her own room after sharing with Aadi her whole life.

This meant Mary moved out and began living with Eileen Grimshaw.

Aadi is Asha’s twin brother, who also had to deal with the loss of his mother at a young age.

Recently it was announced that Zennon Ditchett, who played Aadi from 2009, had decided to leave the soap in order to focus on his A-Levels.

Aadi’s recast was recently announced, revealing actor Adam Hussain would be taking over the role as a huge new storyline kicks off for Asha.

Dev had an affair with one of his shop workers Ravinder Kalirai, resulting in her falling pregnant and giving birth to Amber in 1991.

Amber first appeared in 2005. Shortly after her mum moved to Finland with her new boyfriend, Amber moved in with Dev and Sunita.

She left to go to University in London in 2009 but moved back in with her dad and stepmother in 2011.

During her time on the cobbles she proved to be trouble and clearly didn’t see eye to eye with Dev or Sunita.

Amber eventually moved to London in 2012 and hasn’t been mentioned much since.

Fans of the show will remember Dev’s other daughter Shareen, who only made a few appearances in 2005 and 2006.

When Sunita was pregnant with the twins, she heard Dev had fathered children by women who worked in his shops and tracked down Shareen.

At first she was stunned to see Shareen holding a baby and assumed Dev had cheated on her and the baby was Dev’s.

However it turned out Shareen was Dev’s daughter, meaning the baby was actually Dev’s grandchild!

Shareen has rarely, if ever, been mentioned by her dad since.

Dev has two other children. However they have never been seen on-screen.

What big storyline is next for Dev and his children?

Next week kicks off the start of Asha’s ‘sexting’ storyline.

New girl Kelly encourages Asha to get back with together with her ex-boyfriend Corey. However it looks like Asha’s friend Amy may have feelings for him.

Soon Amy throws a party and Asha confides in her best friend she sent naked pictures to Corey.

Eventually the party becomes full of gatecrashers and Amy blames Kelly for the unwanted guests.

Someone sends Asha’s pictures from Corey’s phone to the party group chat, leaving everyone stunned.

Dev arrives and drags his kids home. The police turn up as Tracy and Steve get home and the party is soon over.

But once Asha realises with horror that her pictures have been sent to everyone from Corey’s phone, she’s distraught to see the photos have gone viral.