Dev's daughter will apparently return from her family holiday to India to visit her extended family with some skin lightening cream she has acquired there. 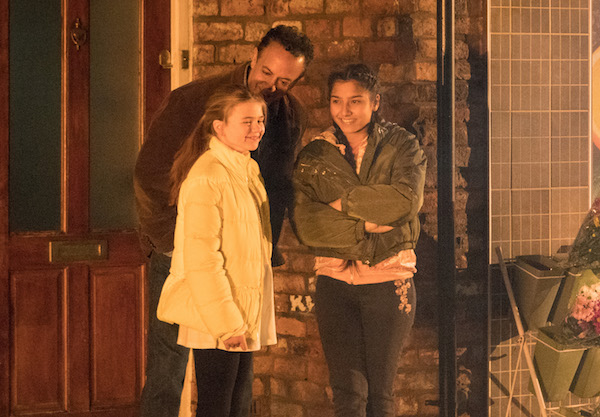 The teenager is going to decide she doesn't want to be Indian any more (Credit: ITV)

It's been said that Corrie is hoping to raise awareness of the dangers of these illegal creams that can leave those who used them scarred for life.

The Sun on Sunday reports how Asha will go through the pain that these skin creams work.

They work by removing the skin's natural UV defences and can lead to horrific blisters and burns after just a week of use.

More prolonged use can see permanent skin damage, foetal damage and kidney and liver failure after the chemicals in the bleach enters the bloodstream.

A source told the publication: "In the coming months Asha will return from India and decide that she doesn’t want to be Indian any more.

"She begins bleaching her skin in secret with a cream she has brought home from India. She will then start buying it online. 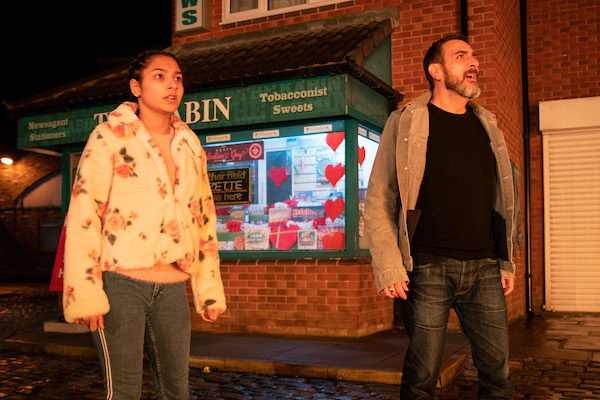 It is a major storyline for the character (Credit: ITV)

"We will see her dealing with the negative effects of her choice as time goes on, though fans will have to wait to see how high a price she pays. The Corrie bosses felt that this was a really important issue to highlight, as it is one that has become increasingly prominent."

We will see her dealing with the negative effects of her choice as time goes on.

The insider added that many youngsters "do resort to experimenting with these creams, without being aware of the risks involved".

The source said that "the message we want to get across — particularly to young fans who relate to Asha — is that it is not worth risking your life for lighter skin".

The soap is reportedly working closely with the British Skin Foundation to ensure the storyline's accuracy.

Ent Daily has contacted reps for Corrie for comment.

What do you make of the plot? Leave us a comment on our Facebook page @EntertainmentDailyFix and let us know what you think!