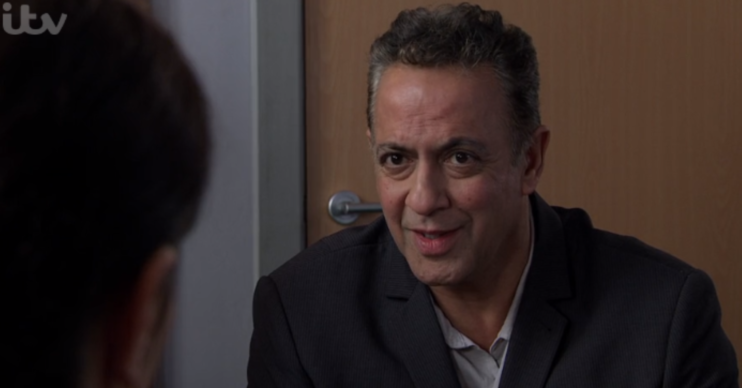 Recently Asha stripped on a video call for her crush Corey. But the 14-year-old had no idea she was being recorded.

Although Corey appeared to keep the video to himself, new girl Kelly Neelan saw the clip on his phone at Amy’s party.

After Corey knocked over a lamp, an argument broke out where Amy accused Kelly of breaking her mum’s furniture.

Asha failed to defend Kelly, leading Kelly to leak the video from Corey’s phone as a form of revenge. She shared the video to a group chat with their classmates and peers.

Going to the police

As Dev found out what had been going on, he agreed not to go to the police. But when he discovered the video had made its way onto an adult website, he took action.

In Friday’s episode of Corrie (April 24) Dev went to the cops. They told him as Asha is under 18 it is illegal to distribute, show or possess the video.

But the police explained that although, Kelly and Corey and those who shared it technically broke the law, so did Asha.

Instead they offered to put Dev in touch with a charity that could help. But Dev was horrified, feeling as if they were on their own.

Viewers were also upset and one even registered their concerns with TV watchdog Ofcom.

An Ofcom spokesperson confirmed to ED! that the soap had received one complaint about the storyline, with the viewer unhappy that the police wouldn’t investigate Asha’s video.

The regulator further told The Sun they would assess before deciding whether to investigate.

What’s next for Asha?

This week, Dev reports the incident to Asha’s school. But she begs her dad to withdraw it, saying it’s making things worse for her.

Dev eventually agrees. But will things start to get better for Asha?

Next week, Asha finds an unlikely ally as Roy’s niece Nina jumps to her defence.

Read More: Coronation Street viewers disgusted as Geoff accuses Yasmeen of cheating after he gives her an STI

When Nina sees a group of lads pointing at Asha, Nina steps in and punches one of the boys right in the nose.

Asha is grateful for her support and explains she has low self-esteem. Later, Asha opens an envelope with a sketch of herself done by Nina.