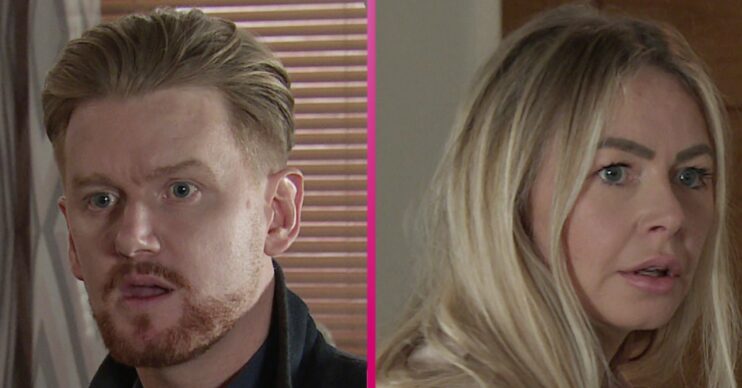 Coronation Street: Has Gary got away with murder again after Laura’s huge confession?

Gary murdered Rick back in 2019 after he believed Rick kidnapped his ex-girlfriend Sarah.

As Rick’s body was about to be uncovered, Gary came clean to Laura that he killed Rick, but she took the blame and handed herself into police.

Will Gary get away with murder again?

Read more: Coronation Street: Beverley Callard hits out at soap after her exit

Coronation Street: Has Gary got away with murder again?

In tonight’s episode (Friday, March 25) Gary went to the new County training grounds to see if he could work out a plan to move Rick’s body.

But he learnt from security that the place was covered in CCTV.

Meanwhile Laura met up with the PI she hired to find Rick. He had been an officer for many years and revealed there would of been some trace of Rick since he disappeared but he couldn’t find anything.

He then told Laura that police believe Rick is dead and Gary killed him.

Laura confronted Gary when he returned home and he admitted he did kill Rick as he had been ruining his life.

Laura was shocked and emotional as she found out the truth. She was furious that Gary had grown close to Kelly knowing he killed her father.

Laura let Gary know she was going to the police and he asked she just let him tell his wife Maria what was going on.

Gary told Maria that Laura knew the truth and was going to police. Soon Kelly came long and they explained they needed to tell her something at home.

Planning on coming clean to Kelly, Maria and Gary took the teenager home. However they were shocked when they saw Laura getting arrested.

Police said she was being arrested on suspicion of killing Rick and was being questioned.

Laura was in tears and told Kelly she had to do it. It looks like Gary has got away with murder again, but what’s next?

Spoilers: What’s next for Gary?

In next week’s scenes, Kelly sees the news on her phone and is horrified to learn police are at County’s new training grounds looking for a body.

Gary and Maria mask their panic.

As they find a body at the construction site, Kelly holds on to hope her dad is still alive.

Later Kelly confides in Maria that both her parents let her down and she’s grateful to have her and Gary.

Maria is horrified and begs Gary to reconsider, pointing out it will destroy their family and Kelly’s life.

What do you think of Lydia leaving Coronation Street? Leave us a comment on our Facebook page @EntertainmentDailyFix and let us know what you think.