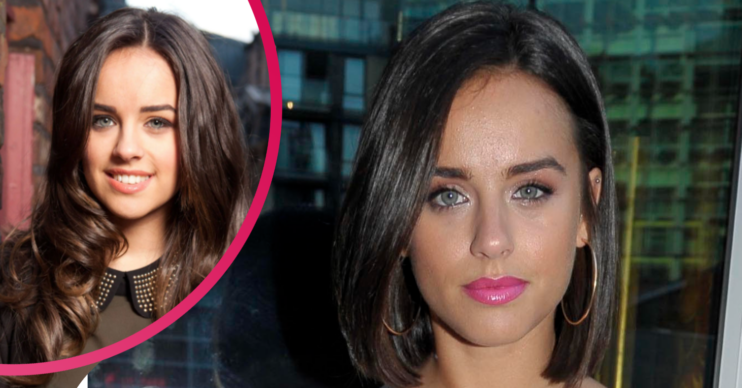 The actress has opened up about the incurable condition

Former Coronation Street star Georgia May Foote has opened up about her battle with a skin condition.

The actress played Katy Armstrong in the ITV soap from 2010 until 2015.

And now she has has revealed her two year battle with Vitiligo.

It is a long-term skin condition caused by lack of melanin where pale white patches develop over the body.

Actress Georgia shared news of her condition on social media and said she has “found the beauty in it.”

Read more: Coronation Street: Why killing off Imran was the right decision

She wrote: “Two years ago I noticed two little white patches on my skin that appeared to mirror both sides of my body.

“Two years on and a final diagnosis from a dermatologist I now know I have something else. Vitiligo.”

She added: “As you can see the pigment on my skin has disappeared.

“The reason for this happening is still unknown although there are a few factors they think cause it.

“The saddest part? There is no cure.”

The Strictly runner up added: “There are new spots turning up all the time.

“I try not to let it affect my mind. But it does get me down at times to know I will have this for life.

“I just wanted to raise awareness and speak out about it.

“If I can make anyone else feel more comfortable about it I will. It will also help me more than you can imagine.”

She added: “I’m still me. I just have funky skin now.

“Social media makes you feel imperfect far too much. But this is me and I can’t change it. And I hope people who meet people with Vitiligo understand how it can make you feel. And find the beauty in it.”

Georgia’s character Katy was killed off by soap bosses off-screen in 2017.