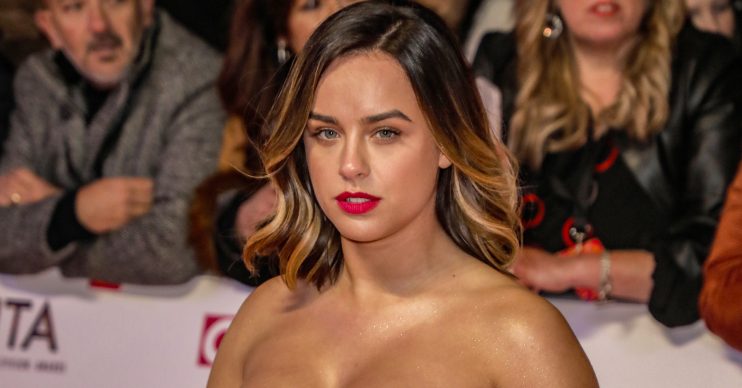 The BBC medical soap celebrated its 20th anniversary with a special episode, which aired from 1.45pm on BBC One, and the former cobbles star was part of the cast alongside EastEnders alum Annette Badland.

Georgia stars as Gracie Bradshaw, a patient who gets caught up in the drama of the extended episode, while Annette has made a number of guest appearances over the years.

Earlier this week, editor Neil Roberts tweeted: “My 1st episode of @BBCDoctors went out on 3/10/2000! Almost 700 episodes later, I edited the explosive 20th anniversary special which goes out tomorrow.

“Guest stars include the fab @georgiafoote & has explosions! Enjoy xx.”

My 1st ep of @BBCDoctors went out on 3/10/2000! Almost 700 eps later, I edited the explosive 20th ann special which goes out tomorrow. Gueststars incl the fab @georgiafoote & has explosions! Enjoy xx https://t.co/qTQhxT2dTO

Georgia, who previously appeared as Katy Barnes for one episode in 2007, replied: “Yay! Cannot wait to see.”

Who did Georgia play in Coronation Street?

One of her biggest storylines included becoming a mum at 17 with boyfriend Chesney Brown.

However Katy struggled to adjust to motherhood and soon started to realise she was missing out on going out and partying with her mates.

She eventually started an affair with Ryan Connor, which led to her and Chesney splitting up.

In 2015, Katy decided to move to Portugal with her and Chesney’s son Joseph. But in 2017, she died off screen leaving her sister Izzy and Chesney devastated.

Chesney flew out to Portugal to support Joseph at the funeral and bring him back to Weatherfield.

Georgia has recently urged her fans to “listen to instructions” amid the coronavirus pandemic.

She tweeted: “Finding all this very scary. As I am sure many of you are. Knowing grandmothers and mothers haven’t been able to see their children today is sad.

Finding all this very scary. As i am sure many of you are. Knowing grandmothers and mothers haven't been able to see their children today is sad. The whole thing is sad. Please, for your own safety and your families safety, listen to instructions given. This is very real 😞

“The whole thing is sad. Please, for your own safety and your families safety, listen to instructions given. This is very real.

“The quicker we listen and act accordingly the quicker this can be over and feel like a mad dream. The less people we lose. The less awful stories we read.

“I know I won’t make a difference saying it. But please. I don’t want to be in the position where any of my family are ill.”

The actress recently opened up about a rude encounter she had in a shop during the coronavirus pandemic, when she went to get food for her neighbour.

Has your work place been shut due to coronavirus? Leave us a comment on our Facebook page @EntertainmentDailyFix and let us know what you think!