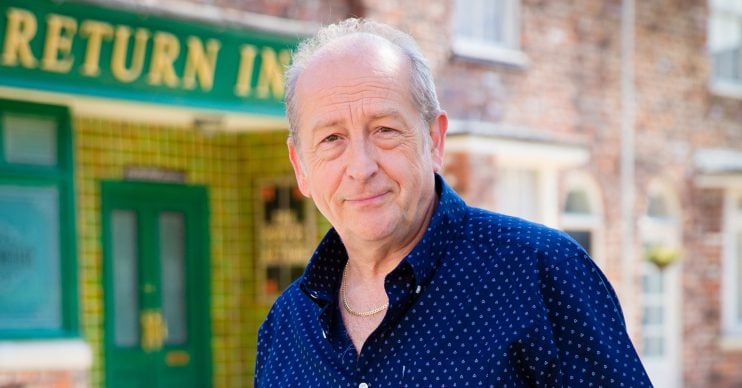 He faked a heart attack

Although the Coronation Street scenes were filmed before the coronavirus pandemic hit, those watching at home were still annoyed he’d wasted the valuable time of an emergency service always under pressure.

Evil abuser Geoff has been worried he’s losing control of his wife, Yasmeen, as her granddaughter Alya has made it clear she’s onto him.

After awkward questions about a hotel he’d supposedly booked in Spain, Geoff wheedled his way out of Yasmeen’s suspicions by clutching his chest and collasping in pain. 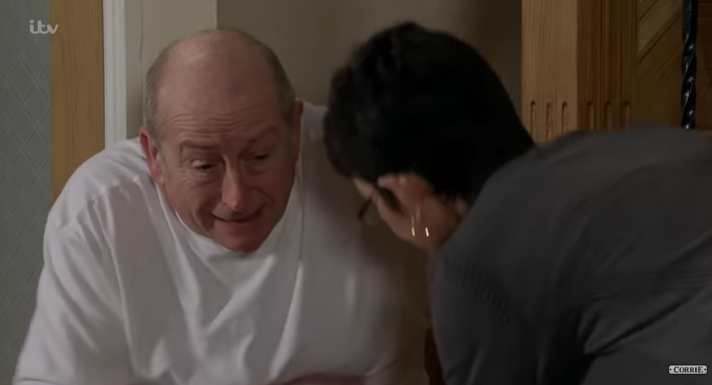 He insisted it was just stress and he would be fine after a few minutes and a glass of water. However, Yasmeen said they weren’t taking any chances and called an ambulance.

When the paramedics arrived, predictably they could find nothing wrong with Geoff, but due to his ‘heart condition’ – which fans know is also fictitious – wanted to get him checked out at the hospital.

Geoff refused to go though and said: “It would be a waste of hospital time.”

But fans watching at home felt it was a bit late to be worried about that after having an ambulance called on a whim.

Geoff is one devious manipulative man pulling that stunt, wasting the NHS time!😡😤##corrie

No good is it Geoff, wasting nhs time at this moment! #coronationstreet #Corrie #nhs pic.twitter.com/72hHNhDI5s

Could Geoff get any lower, faking a heart attack…😒 the answer is yes… #Corrie

Geoff’s evil plan to isolate Yasmeen worked though, because Yasmeen quickly informed Alya they would no longer be going to Spain for Zeedan’s wedding.

Given it’s clear Geoff never even booked the hotel in Spain, viewers know he had no intention of going anyway.

But later this week Yasmeen is set to find out the truth for herself.

The truth comes out

As she checks his emails, not only does she realise he lied about the hotel, she also finds the ones to the escort agency Geoff has been using.

Her controlling husband catches her red-handed, but she finally stands up for herself and tell him she is going to Spain without him.

Spoilers for next week tell us the scales have finally fallen from Yasmeen’s eyes and as a result she visits the police to find out about Geoff’s past.

But will it be enough to convince her to leave him for good?

And can she even get away or will abusive Geoff manage to get the upper hand again?