Coronation Street viewers have complained about the soap as it aired a 'dark scene' which saw Gemma Winter put her baby, Aled, in a washing machine.

Since the birth of her quads, Gemma has been struggling to cope and it's becoming clear that she is suffering with post-natal depression.

What happened in Gemma's dream?

Last night's episode (Monday, March 23) kicked off with Gemma waking up in the early hours of the morning to Aled.

As she took him downstairs, she begged her son to stop crying.

Soon, she noticed a dirty tea towel on the side and put it in the washing machine. 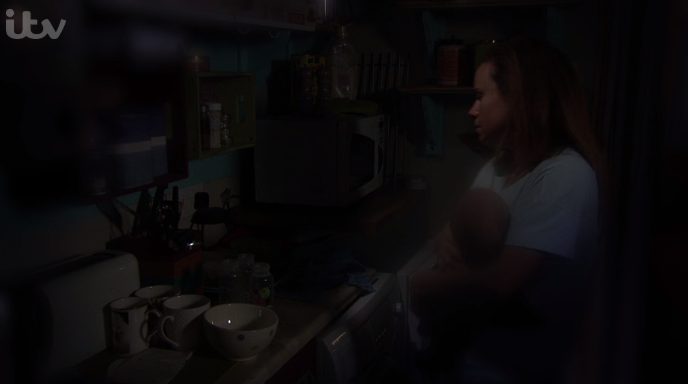 But not only did she put the towel in the washing machine, she put baby Aled in there too.

She then proceeded to shut the door and turn the machine on.

As the machine started, Gemma's alarm went off, waking her up. 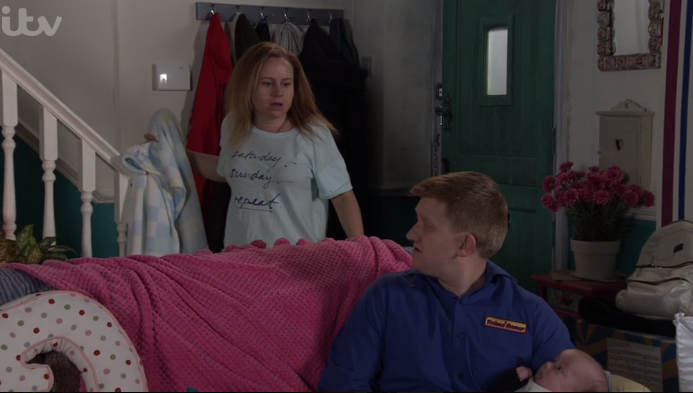 When the mum of four got up, she was terrified to see Aled wasn't in his cot.

As she rushed downstairs, she was relieved to see Chesney had Aled and the baby was perfectly safe.

Despite it being a dream, viewers were shocked by the dark scene and have complained on social media. 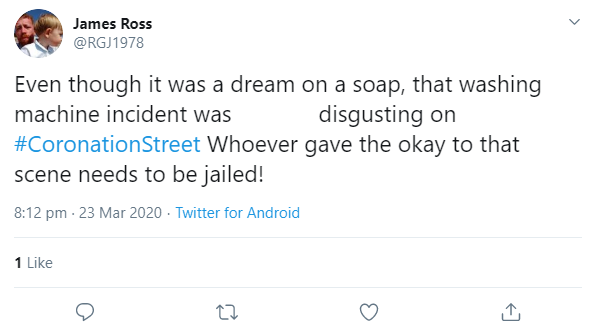 Did Gemma really just dream she put the baby in the oven? That’s a bit dark even for me #Corrie

#coronationstreet reallly??? Gemma dreaming she put the baby in the oven?? Not the best or appropriate idea is it..

Is Gemma going to get help?

Later a health visitor came to see Gemma and when she revealed baby Llio had lost weight, Gemma was left feeling like she wasn't doing enough for her kids.

Things soon got worse for poor Gemma. As all four babies screamed, she struggled and needed to take a minute to calm herself down.

As she went outside, the door slammed shut leaving her locked out. 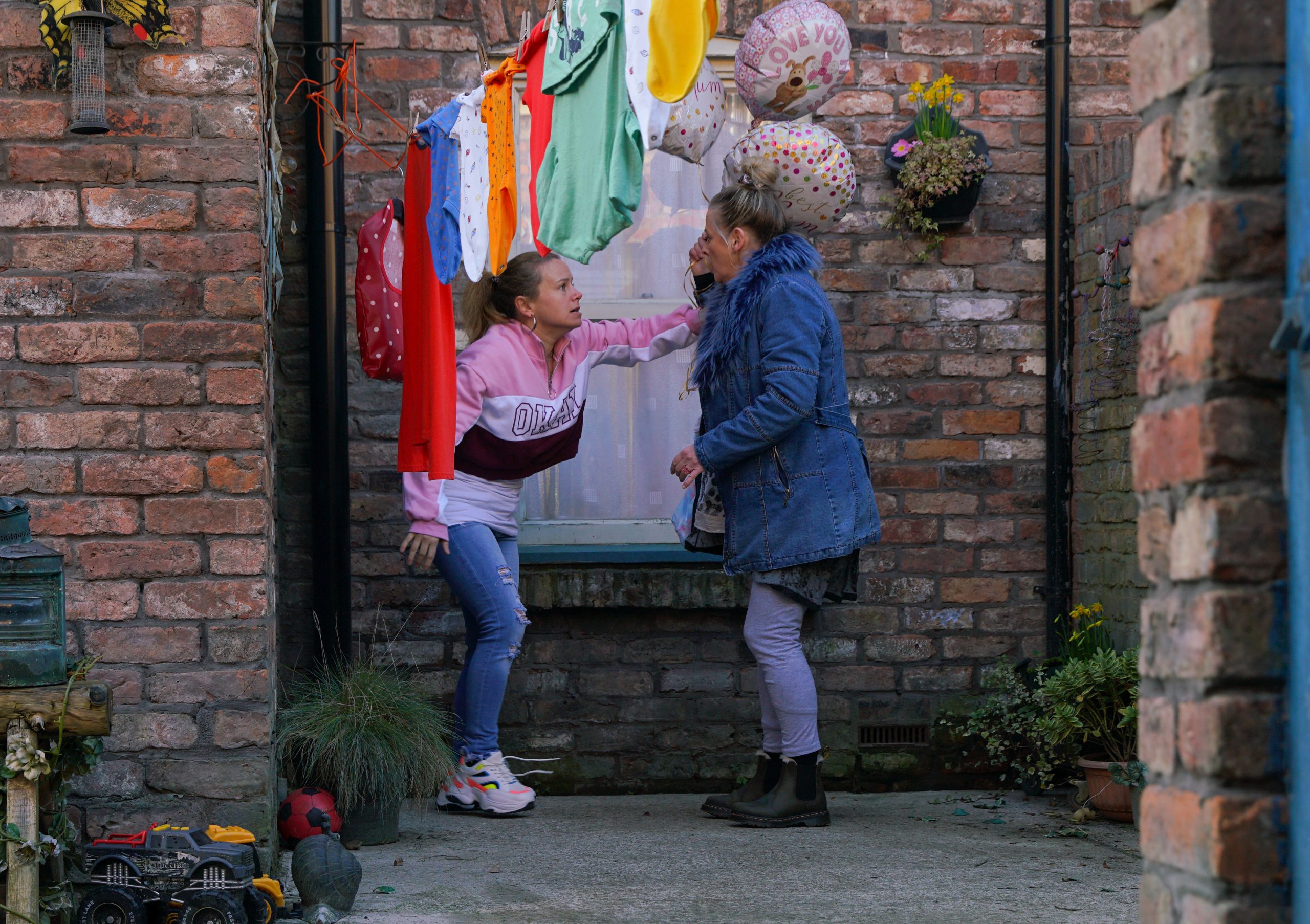 Gemma got locked outside (Credit: ITV)

Luckily Bernie came over when she saw Gemma had locked herself out, she smashed a window to get into the house.

Fortunately the babies were okay, however Gemma is feeling like she isn't a good mum.

Bernie agreed to move in to help out with the babies, if Gemma agrees to see a doctor.

Will Gemma listen to her mum and get the help she needs?

Coronation Street's scheduling pattern will be changing due to the coronavirus pandemic and will air on Monday, Wednesday and Friday at 7.30pm from Monday 30th March. 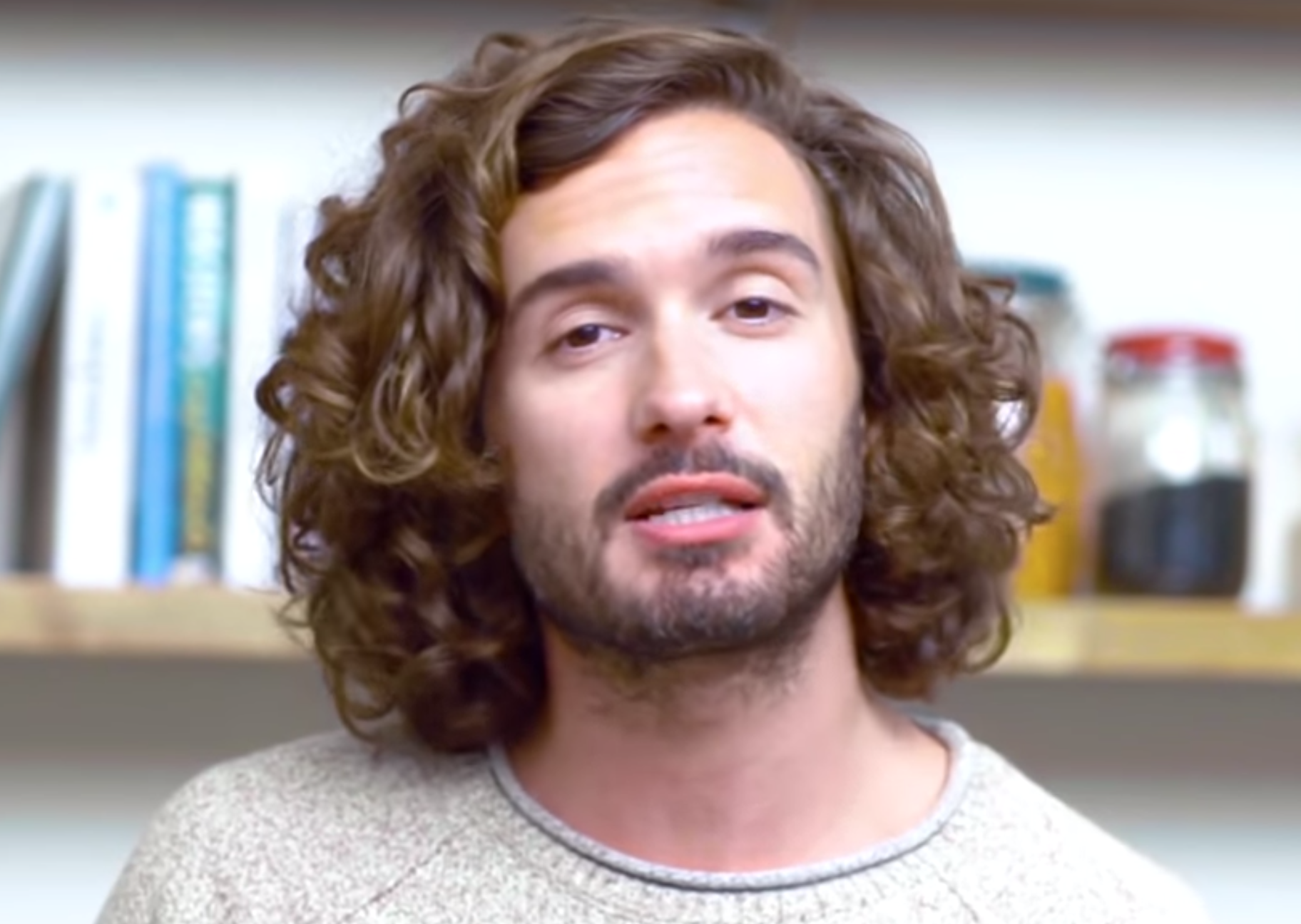