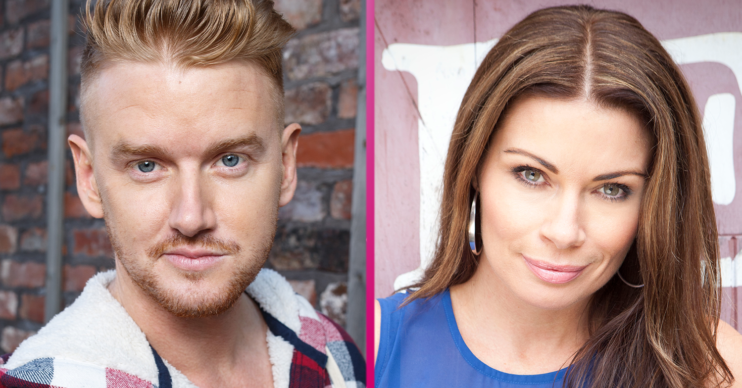 We’ve enjoyed seeing a more chilled Carla Connor in Coronation Street of late but kind of miss the fierce and fabulous ball-breaking business woman side of her. Well, it seems we may get that incarnation of her back soon, as she takes on Gary Windass! Read more: Coronation Street characters that need a big shake-up […]

We’ve enjoyed seeing a more chilled Carla Connor in Coronation Street of late but kind of miss the fierce and fabulous ball-breaking business woman side of her.

Well, it seems we may get that incarnation of her back soon, as she takes on Gary Windass!

He’s established himself as the new cash-rich wheeler-dealer of Weatherfield.

But seemingly he’s not making as much money as he needs to keep all his affairs in order.

After bumping off Rick Neelan, Gary has been paying his wife Laura money for their daughter ‘on his behalf’.

But her demands have become too much and Laura has made it clear she will go to the police if she doesn’t get the cash.

So Gary decides to increase the rent at the factory by a ridiculous third, which horrifies Nick and Sarah.

Coincidentally, Nick has a conversation with Carla who is feeling at a bit of a loss now Jenny is back.

Carla had enjoyed having a purpose again, running the Rovers with Peter.

But Jenny’s return has left her at a loose end and she’s chomping at the bit to get involved in something.

Nick has been looking for the opportunity to step back from the factory so he can spend more time with Leanne and Oliver.

So it makes total sense for Carla, who knows the business inside out, to step back into the mix.

She immediately knows that Gary’s demands are outrageous and he is pulling a swift one.

Carla assures Sarah that she can leave Gary to her – she’ll sort it.

So, if Gary can’t get the extra readies from the factory, he’s in a real bind.

Will Carla cause his downfall? Or will he kill again to silence Laura for good?